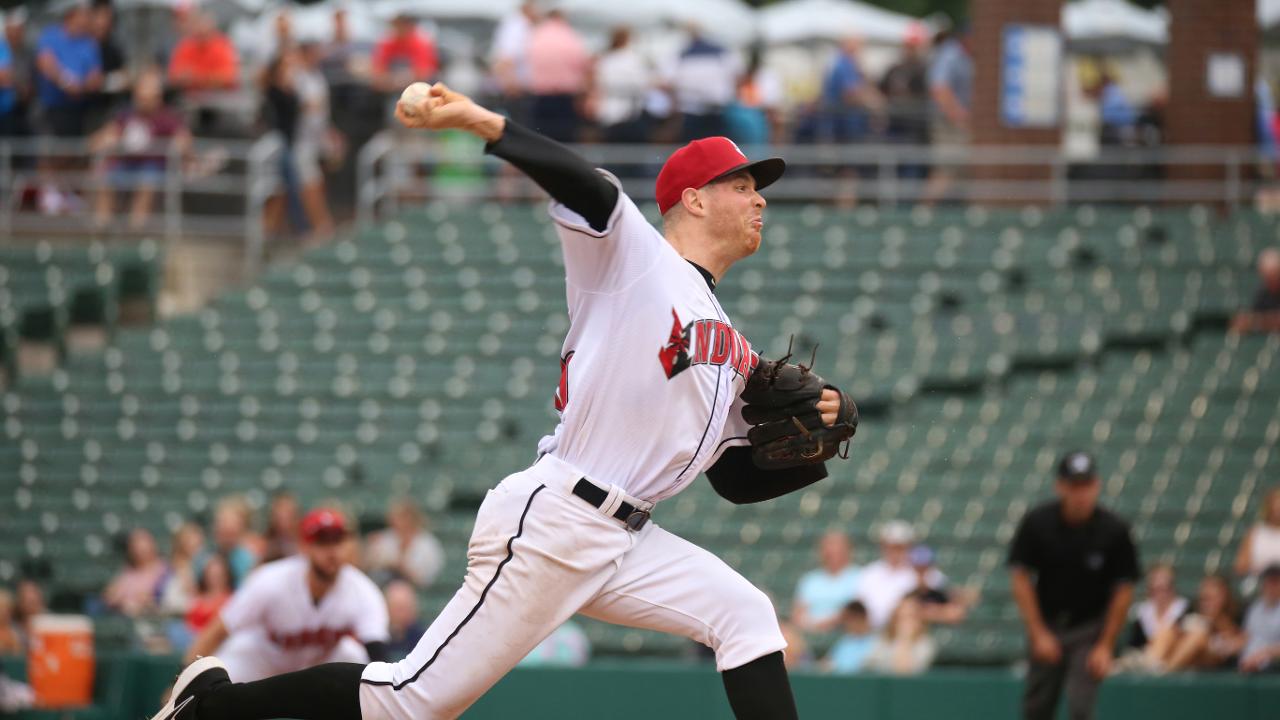 James Marvel allowed just one run over six innings to earn the win in the Tribe's homestand opener vs. Rochester. (Photo by Austin Friedline)

INDIANAPOLIS - Jason Martin continued his recent hot stretch with a tiebreaking three-run triple in the sixth inning, and the Indianapolis Indians hung on for a 6-3 win in their series opener with the Rochester Red Wings on Tuesday night. James Marvel benefited from the three-run sixth to win his ninth consecutive decision dating to June 8 with Double-A Altoona.

The Indians (59-60) won a homestand opener for the first time since June 24 thanks to another Marvel gem and Martin's bat. With two outs in the sixth, Martin laced a 96-mph fastball from Fernando Romero to the wall in left-center to plate Francisco Cervelli, Will Craig and Eric Wood. Martin finished 1-for-4 and is batting .389 (21-for-54) with seven extra-base hits and nine RBI over his last 14 games.

Rochester (60-60) crept within one run on an RBI single by Mike Miller in the seventh and solo homer by Brandon Barnes in the eighth that made it 4-3. Indy put away the visitors with two runs in its half of the eighth, one coming on a Hunter Owen single and another crossing home on a wild pitch by Jeremy Bleich.

Wood put Indy on top in the second with his ninth home run of the season and first since June 2. The solo shot sailed 433 feet to the deepest part of Victory Field.

The lead didn't last long as the Red Wings scored their only run off Marvel in the third. Zander Wiel tripled over the glove of Owen at the right field wall and jogged home on a balk. Marvel stranded the bases loaded in that frame and left two more on in his final inning of work with a strikeout of Tomas Telis. Marvel (W, 4-0) yielded four hits and three walks with three punchouts in the triumph.

Yacksel Rios surrendered two runs in two innings of relief before Dovydas Neverauskas (S, 9) slammed the door in the ninth for his 30th career save with Indianapolis.

Romero (L, 2-3) gave up three unearned runs in one inning to take the loss.

Wood reached base in all four of his plate appearances. He drew two walks in addition to his long ball and single.