Sixers Defeated by Quakes in 2019 Finale 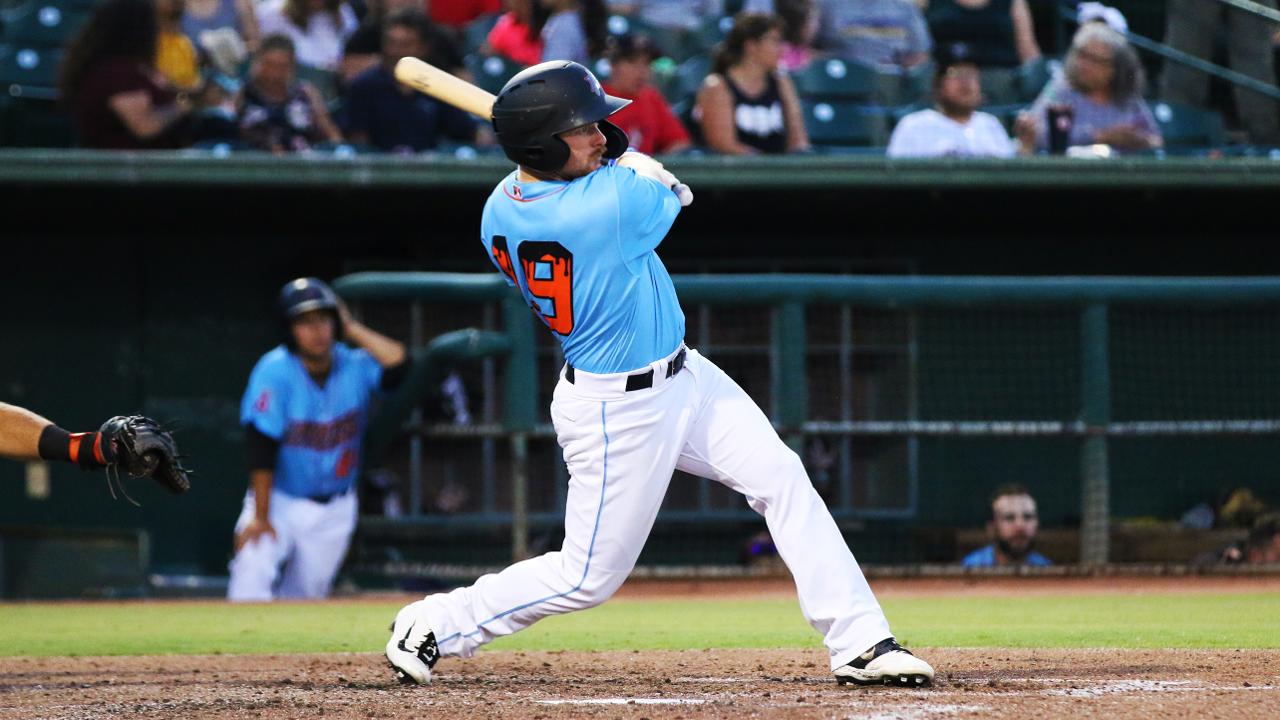 Rancho Cucamonga, CA- The Inland Empire 66ers of San Bernardino finished the 2019 campaign on the losing end of a 4-3 decision to the Rancho Cucamonga Quakes snapping a four-game winning streak. The Sixers demise was due, in large part to three unearned runs that scored in the first for the playoff-bound Quakes (81-57, 40-30).

The 66ers took a lead out of the gates as Jordyn Adams drilled a double to open the game in the first and came home on Orlando Martinez' RBI single. After allowing a leadoff single in the bottom of the first, IE righty Cristopher Molina (2-6) got two quick outs. He appeared to get out of the inning when Miguel Vargas popped up on the infield, but Sixers first baseman Devin Davis dropped the ball to extend the frame. Dillon Paulson then flared a two-run single to left and Marcus Chui drove him home with a base-hit for a 3-1 lead. Inland Empire got a run back in the second when Spencer Griffin walked against Quakes starter Jose Martinez, stole second and was driven home on a Zane Gurwitz RBI single. That was all Martinez (3-0) allowed in his six strong innings. Molina took the tough-luck loss as he went six frames giving up no earned runs on four hits, two walks and fanning eight. Chui boosted the lead for the Quakes to 4-2 in the seventh with a solo homer to right, his 14th of the year. The Sixers got a run back in the eighth when the Angels' 2018 first-round pick smoked a solo homer to right, his first since joining the 66ers and his third hit of the day. Inland Empire put the tying run on base in the ninth but Austin Drury got a ground out from Spencer Griffin for his first save and the final out that Inland Empire had to give in 2019. The 66ers finished the season 57-82 overall and 31-38 in the second half.