Honeywell dominates to give Bulls edge in series 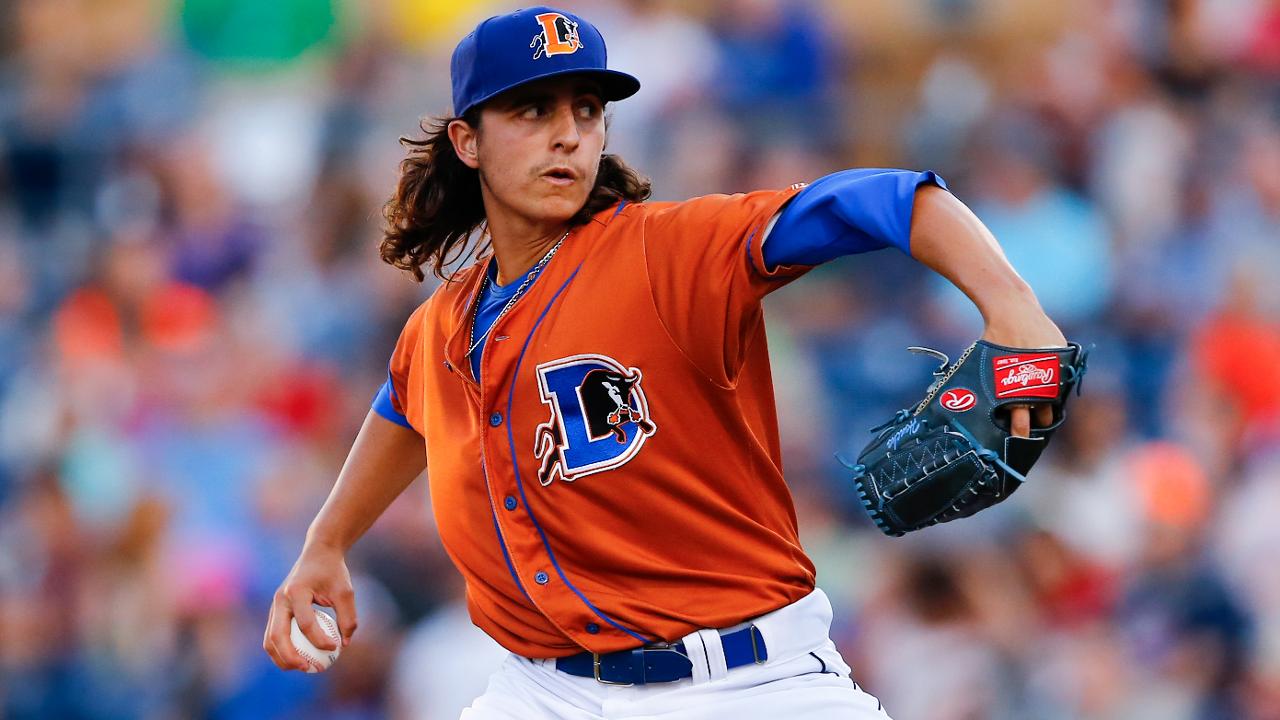 MOOSIC, Pennsylvania -- What many would consider a great start, Brent Honeywell saw as just doing his job.

Tampa Bay's top prospect allowed five hits and one walk while striking out 10 over six scoreless innings as Triple-A Durham defeated Scranton/Wilkes-Barre, 6-2, on Thursday night at PNC Field to take a 2-1 lead in the best-of-5 Governors' Cup Finals.

Honeywell collected his first six outs via the strikeout, doubling his total in his 6 1/3-inning outing against Indianapolis in the semifinals. MLB.com's No. 12 overall prospect faced one over the minimum through the first three frames, then added another whiff in the fourth while working around back-to-back two-out singles by Mike Ford and Garrett Cooper.

"It's a big-time game. I expected nothing less out of myself and I hope nobody in the clubhouse expected anything less," Honeywell said. "It was just another start to me. I was capitalizing whenever i got ahead early and not letting guys hang around. I think that was the main thing."

The RailRiders threatened in the fifth. A throwing error by second baseman Kean Wong allowed Mark Payton to reach base. After Jonathan Diaz flew out for the first out, and a ground ball up the middle by Mason Williams slipped past the glove of Tampa Bay's second-ranked prospect Willy Adames for a fielding error to put two on for Donovan Solano. Bulls pitching coach Kyle Snyder came out to talk things over with Honeywell.

"He was like, 'Look man, control what you can control. Keep making good pitches and you'll get yourself out of this,'" the 22-year-old recalled.

Honeywell then hung a slider to Solano, who lined it into left for a single. But Patrick Leonard made a perfect throw to the plate to nab Payton and keep Scranton/Wilkes-Barre off the board. The right-hander got 24th-ranked Yankees prospect Billy McKinney to fly out to end the frame before capping his night by striking out the side in the sixth on 12 pitches.

Shane Peterson blasted a two-run homer to center in the second to lead Durham offensively. Johnny Field drove in a run with a double in the seventh and fifth-ranked Rays prospect Jake Bauers added two RBIs on a pair of singles.

Durham remains confident heading into Game 4, scheduled for 6:35 p.m. ET at PNC Field. A team that has taken a 2-1 lead in the Governors' Cup Finals has not lost the series since Pawtucket came back to beat the Bulls in 2014.

"There's nothing in that clubhouse that says we're not going to do this either tomorrow night or the next," Honeywell said.