White Sox No. 4 prospect hit .311 across three levels this year 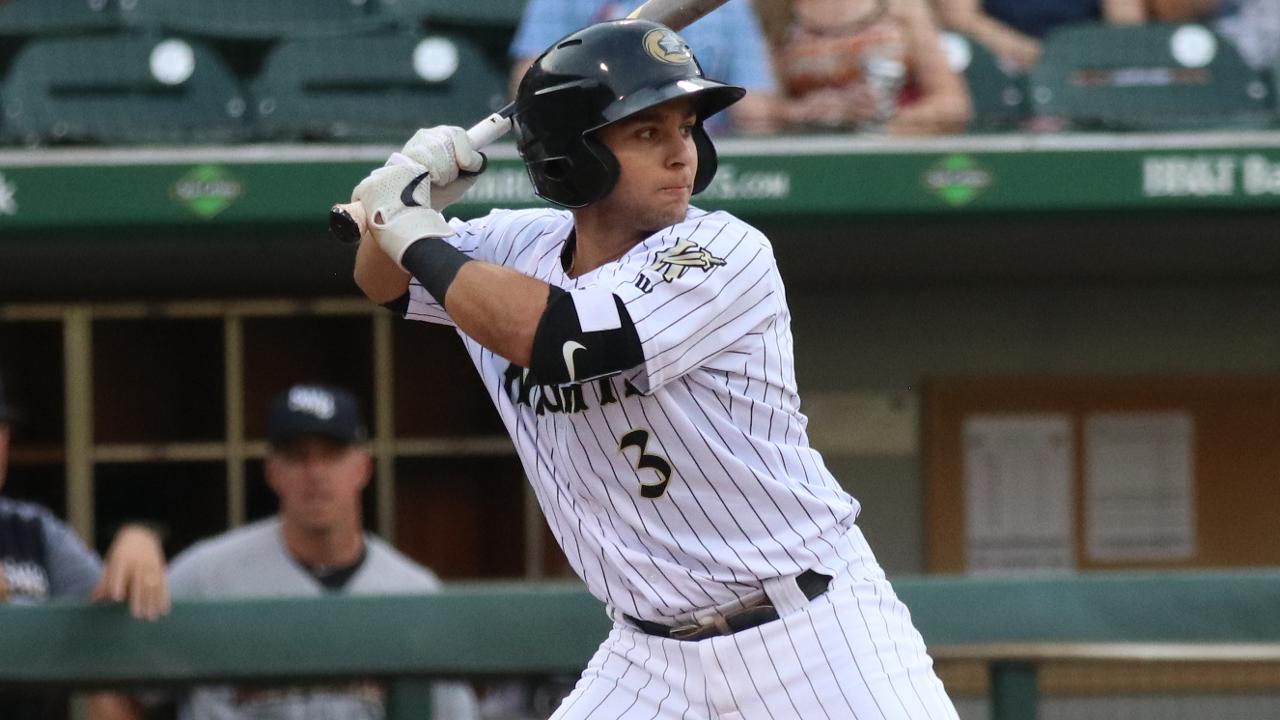 Nick Madrigal batted .331 over 29 games in the International League this season. (Lance Carter/MiLB.com)

After a fantastic offensive season in which he soared to Triple-A, it was only fitting that Nick Madrigal ended the year with one of his best performances.

The defeat cost the Knights a postseason berth as Durham claimed the International League Wild Card, but Madrigal came into the afternoon ready to give it everything he had.

"I felt good all day coming in to the game," he said. "I think my focus was just on winning the game and trying to do everything I could for the team. I really wasn't thinking about getting hits or anything like that. I usually play my best when all I am focused on is winning. I have always been that way."

Madrigal singled on the first pitch he saw from Orioles No. 8 prospect Dean Kremer in his first at-bat. He was much more patient the next time around, working a full count off Kremer before grounding a single up the middle to drive in No. 25 prospect Seby Zavala for the first run of the game in the third inning. That selectiveness was a key factor in his success.

"I felt like I was seeing the ball really well and hitting my pitch," he said. "I laid off some close calls in a lot of my at-bats and worked the counts to get a pitch I could hit. I think that's what led to a lot of at bats going my way."

The Oregon State product kept the ball rolling in his next trip to the plate. After top White Sox prospect Luis Robert tripled with two outs in the fifth, Madrigal plated him with an infield single. He executed a bunt single in the seventh, and after advancing to second on third baseman Rylan Bannon's throwing error, came around to score on a double by Yermin Mercedes.

After Norfolk scored four times in the eighth to take a 6-5 lead, Madrigal singled to center in the top of the ninth. He advanced to third on a single by Daniel Palka and crossed the plate on a sacrifice fly from Mercedes to tie the game.

Jack Reinheimer won it for Norfolk in the 10th, lining a shot at shortstop Ramon Torres, who couldn't handle it as designated runner Jose Rondon dashed in from third.

Mercedes finished a triple shy of the cycle, going 3-for-4 with four RBIs and a run. Zavala and Palka logged two hits apiece.

Madrigal finished the regular season with a .331 average in the International League. He played at three different levels over the course of the year, hitting .272 with Class A Advanced Winston Salem to open the season and then .341 with Double-A Birmingham before jumping up to Charlotte. Altogether, he batted .311 in 2019, his first full professional campaign.

It was certainly a whirlwind year, but one he wouldn't trade for anything.

"I am very thankful for the season and everything that has happened," Madrigal said. "I met a lot of great people at each level and played for some really good coaches. That was the most baseball I have ever played all at once, so I will be enjoying some down time. I get the chance to just go home and take a break, but I am just very thankful to have stayed healthy and just everything that happened throughout the year."

And he knows that this is not the end of the story for this group.