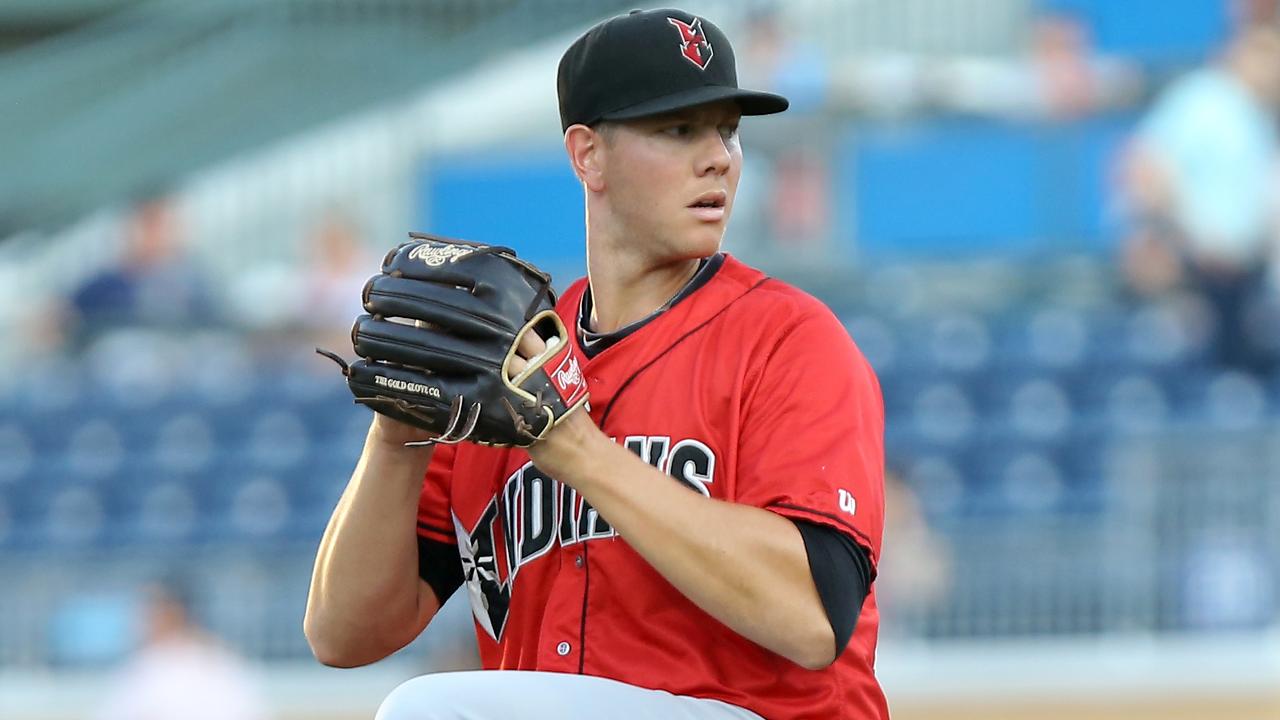 Nick Kingham took the mound on Friday with his team's season on the brink. But to him, it was just like any other start.

The Pirates' eighth-ranked prospect yielded four hits and three walks while striking out four over seven innings as Indianapolis blanked Durham, 5-0, at Victory Field in Game 3 of the Governors' Cup semifinals. The Bulls still lead the best-of-5 series, 2-1.

"I didn't look at it any different than any other times I've pitched this season," the 25-year-old right-hander said. "Anytime I take the mound and we take the field, I want to win, so it was no different in this game."

Kingham (1-0) worked only two perfect innings but executed a pickoff at second base in the second, induced a double play to end the seventh and allowed Durham to advance past second base just once. He threw 95 pitches, 61 for strikes.

"Just filling up the zone," the 2010 fourth-round pick said. "I was keeping the ball in the lower half of the zone, trying to put them in play. Just trying to get to the next at-bat sooner rather than later with as little pitches as possible."

Indianapolis backed Kingham with a three-run third. Joey Terdoslavich lined a two-run double to center field -- part of a two-hit night -- and Jacob Stallings added a sacrifice fly. The Indians tacked on two runs in the eighth, one on an error by shortstop and Rays No. 2 prospect Willy Adames and the other on an RBI single by Anderson Feliz.

After his team was held to three runs in losing the first two games of the series, Kingham said he had all the offense he needed on Friday.

"Our offense brought it home for us in the third inning and scored a few runs and it was all good," he said. "Game 1, [we] kind of started out a little slow. Game 2, we had some bad luck, so I knew things were going to start turning around for us. I knew sooner or later it was going to happen. I was fortunate enough to have it happen early in Game 3 and give me a good lead to pitch behind."

Durham starter Burch Smith (0-1) took the loss after giving up three runs on four hits and three walks with four strikeouts in 3 2/3 frames.

Taylor Featherston reached base three times for the Bulls, who will have another chance to close out the series in Game 4 on Saturday in Indianapolis.

Sixth-ranked Yankees prospect Miguel Andujar went 3-for-5 with a pair of doubles and an RBI to back top pitching prospect Chance Adams, who yielded two runs on five hits and four walks with five strikeouts in five innings. The best-of-5 series is tied, 1-1, with Game 3 on Saturday in Scranton/Wilkes-Barre. Gameday box score