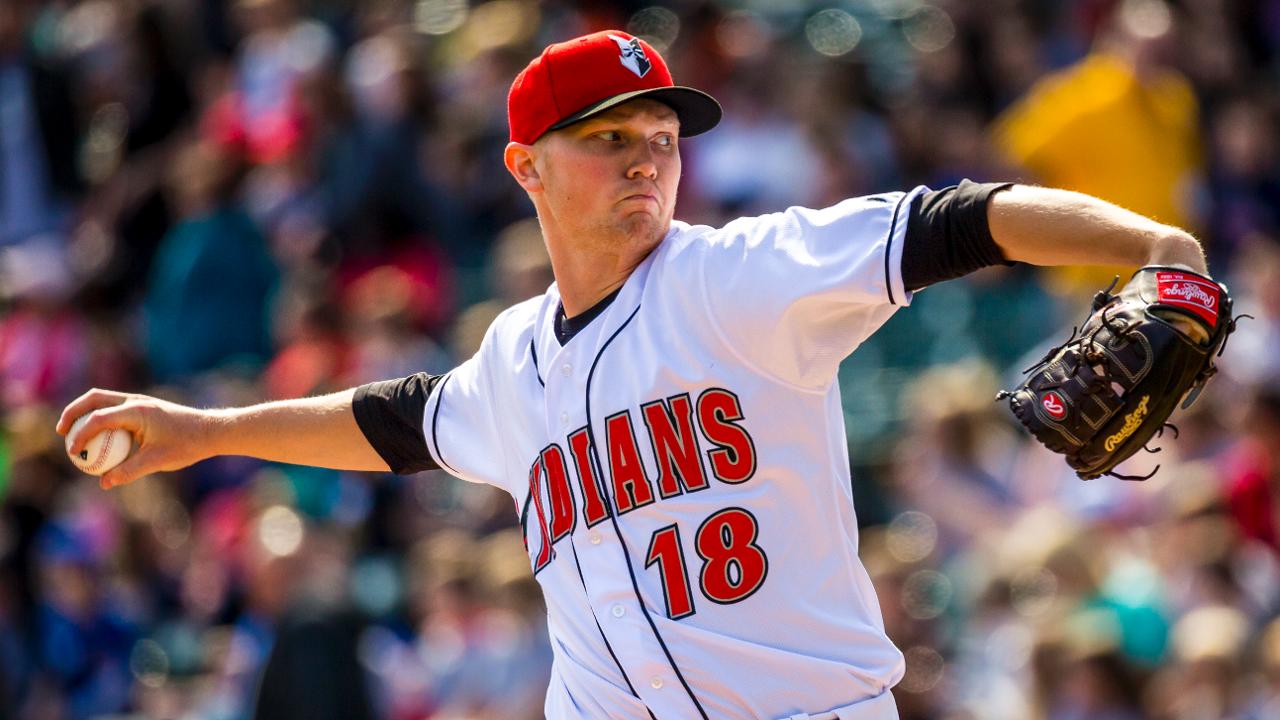 Mitch Keller has struck out 18 over 11 innings since returning to the Minors. (Austin Friedline/Indianapolis Indians)

A week and a half ago, Mitch Keller got roughed up in his big league debut. On Friday, he had one of his best starts as a pro.

The top Pirates prospect recorded a career-high 13 strikeouts over five scoreless innings as Triple-A Indianapolis fell to Toledo, 3-1, at Fifth Third Field. It was his second outing since returning to the Indians following his first Major League start on May 27, when he gave up six runs on seven hits over four innings against the Reds.

Keller may have gone five five frames, but his performance still had his teammates in awe.

The 23-year-old actually struggled out of the gate against the Mud Hens, surrendering a leadoff single to Tigers No. 19 prospect Danny Woodrow before issuing back-to-back walks to Daniel Pinero and No. 7 Willi Castro to load the bases with nobody out. He flipped the switch after that, striking out the next three batters to escape the inning unscathed, a break he said he was fortunate to get.

From that point on, the right-hander was nothing short of spectacular. He fanned three in the second around another walk, then struck out the side in both the third and fourth innings. He fanned seven consecutive Mud Hens during that stretch and allowed just one runner to reach after the opening frame.

Keller's calling cards are his plus fastball and curveball. And while he certainly had the heater Friday, it was a different breaking ball that drove his success.

"What was working tonight was fastball and sliders for putaways for the strike threes," he said. "Those were the two that were really big for me."

Keller's previous career high came on Sept. 1, 2017 when he rang up 11 batters for Double-A Altoona. It was the most strikeouts for Indianapolis in nearly 10 years, as Ian Snell totaled 17 against Toledo on June 28, 2009.

In his previous start since returning to the Minors, he allowed two runs and three hits and two walks while fanning five over six innings against Gwinnett. Coupled with his rock star outing Friday, that seems to be a resounding "bounce back" from his Pirates debut. And while that may be the case, Keller said it's important to focus simply on his next start and put the past behind him, no matter how good -- or bad -- it was.

"I have to go out there every start and perform," he said. "Doesn't really matter what happened in the last one. I could've went one inning or I could go complete game, perfect game. I still got to go out the next game and do the best that I can."

Pirates No. 2 prospect Ke'Bryan Hayes went 2-for-4 with a triple and a run scored, while eighth-ranked Jason Martin also had a pair of hits.

The Mud Hens broke a scoreless tie in the seventh on a sacrifice fly by Tigers No. 16 prospect Jacob Robson. Dustin Peterson lifted a sacrifice fly in the eighth and Kody Eaves capped the scoring with an RBI single.