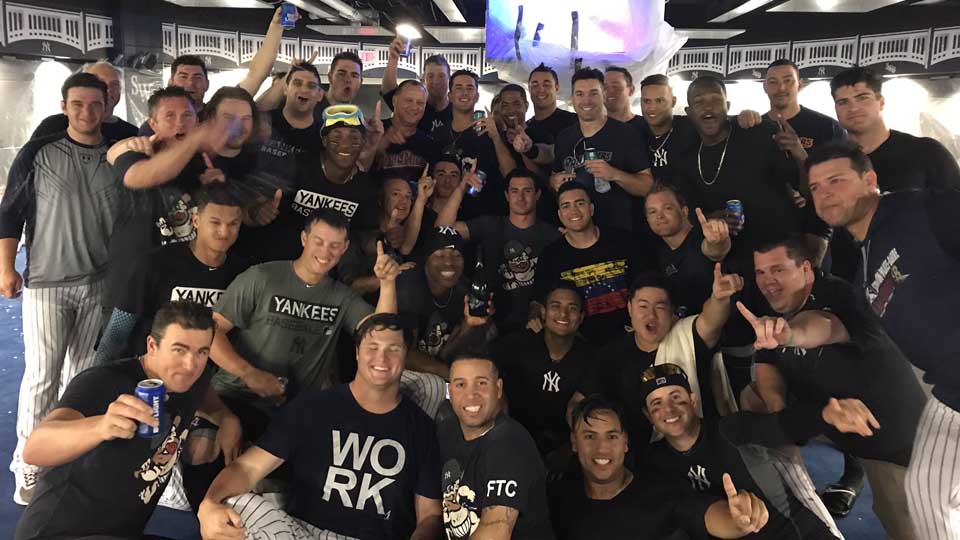 On Friday, Triple-A Scranton/Wilkes-Barre manager Al Pedrique could see first baseman Mike Ford was trying too hard to be "the guy," so he had a simple message.

"When we get home, I want you to have some fun and enjoy yourself again. You're going to be OK," the skipper said.

Those words of wisdom came true when the Yankees prospect knocked a go-ahead homer to boost the RailRiders to a 1-0 win over the IronPigs on Sunday at PNC Field to advance to the Governors' Cup Finals.

"I feel lucky and proud of the players, coaching staff," Pedrique said. "Everybody on the team did a great job. We are very excited about going to the Finals for the second [straight] year. It says a lot about the organization and the talent that we have in the system."

Ford fared well upon getting a taste of Triple-A in May, but struggled his second time up in July. Returning once again from Double-A Trenton in time for the International League playoffs Wednesday, the 25-year-old had a tough time adjusting again.

Making strides in the cages with hitting coach P.J. Pilittere and heeding Pedrique's words, Ford stepped up in the seventh against Jacob Waguespack (0-1). The Princeton product ripped a 1-0 offering over the right-field fence to become "the guy."

"Everyone was very happy for him that he came through in that situation because since he came back, he's been struggling a little bit," Pedrique said. "I'm glad that he was patient enough that he got that changeup over the plate and drove it out to right field."

Ford's big knock broke up a pitchers' duel between Waguespack and Nestor Cortes (1-0). The RailRiders starter earned the win after allowing five hits and a walk with eight strikeouts in seven innings.

"Cortes did a great job changing speeds, using both sides of the plate with his fastball, establishing his fastball early, and basically, he had a good command with all his pitchers," the manager said. "He threw some slow breaking balls, fastball, changeup ... kept Lehigh Valley hitters off balance for seven innings. Even when he gave up a couple hard hits, he didn't change his plan. He and [catcher] Eddy Rodriguez were on the same page, basically the whole time, and it worked out real well."

Jonathan Holder fanned two over a hitless eighth and Nick Rumbelow worked around two knocks with two punchouts in the ninth for the save.

Scranton/Wilkes-Barre travels to Durham for the Governors' Cup Finals, with Game 1 set for 6:30 p.m. ET on Tuesday. If the RailRiders win that series, they would play at home as PNC Field will be hosting the Triple-A National Championship this year.

"We won last year in Memphis, now the game will be played here in our home, so definitely, that's our goal, to win the Governors' Cup and be able to go to the final game here at home," Pedrique said. "I'm sure the fans will enjoy it more, and as a team, we'll get the fan support."