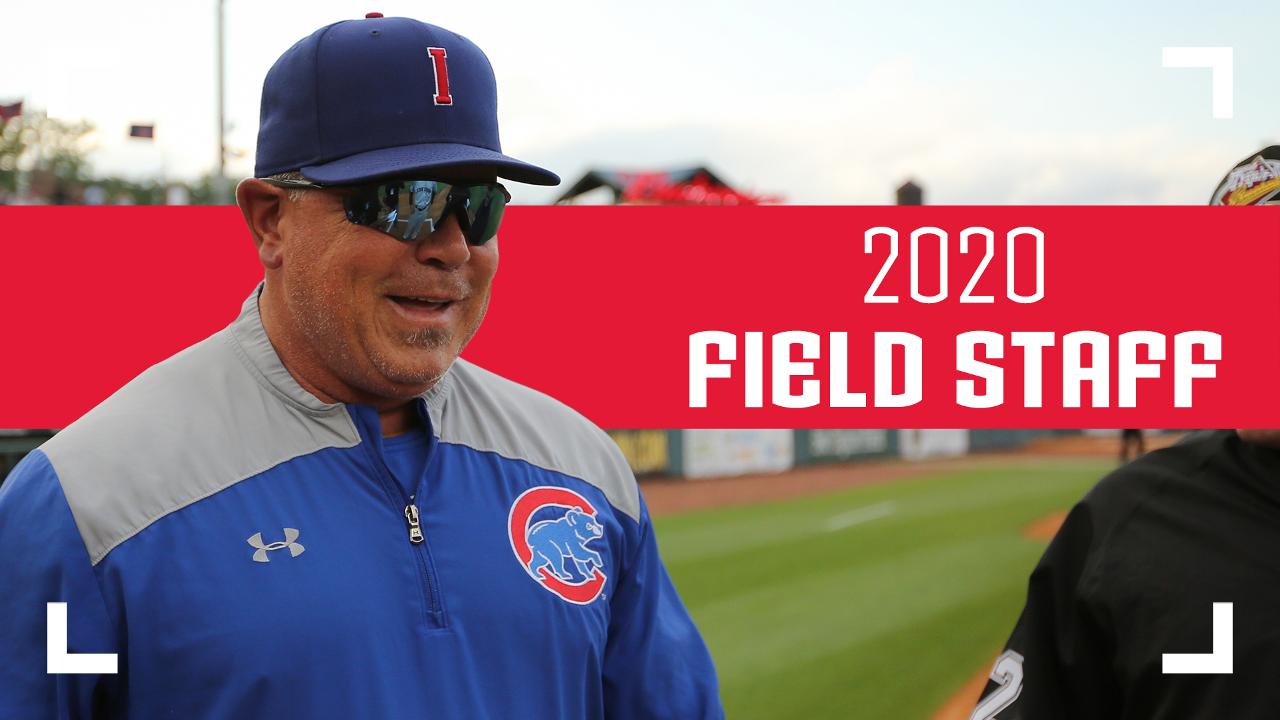 Marty Pevey will return at the helm of the Iowa Cubs for his eighth consecutive season, the Chicago Cubs announced today. Pevey is the longest tenured manager in Iowa's history and has a franchise record 479 regular season wins.

Twenty-twenty will mark Pevey's 37th season in baseball, his 24th as a coach, and his 18th as a manager. A Georgia native, Pevey was selected by the Minnesota Twins in the 19th round of the 1982 draft. He debuted with the Montreal Expos on May 16, 1989 and appeared in 13 games in his only big league season.

Pevey began his coaching career in the Blue Jays organization (1996-2008) and was Toronto's bullpen coach in 1999, the team's first base coach from 2006-07, and the club's third base coach in 2008. His Cubs career began in 2009 as the manager of Single-A Peoria. Pevey's career accolades include 1998 Atlantic League Manager of the Year honors and 2009 Midwest League Co-Manager of the Year respects.

Villone enters his first season with Iowa in his second stint with the Cubs' organization. The 15-year major league veteran was the Cubs Single-A pitching coach from 2012-13, and the Advanced-A Daytona pitching coach in 2014. After getting selected 14th overall by the Mariners in 1992, Villone went on to play for 13 organizations over 18 seasons. The lefty complied a career 61-65 record and a 4.73 ERA in 717 major league games.

Wilson returns for his fourth full season with the I-Cubs and his 13th in the Cubs organization. He also served as Iowa's hitting coach for part of 2009. Wilson began his Cubs career working in a similar role for Rookie League Mesa (2010), before logging time with Chicago's Single-A affiliate (2011-12) and Double-A Tennessee (2013-16). Wilson played 11 minor league seasons and followed with five seasons of unaffiliated baseball. He appeared in 41 games for the San Francisco Giants in 1996 in his only big league stint.

Remillard makes his hitting coaching debut with Iowa. In 2019, Remillard served as Tennessee's Development Coach. The former catcher was selected by the Cubs in the 19th round of the 2013 draft out of Coastal Carolina University. He played three seasons in the Cubs' system (2014, '17-18), batting .272 in 86 games.

Halbur enters his 18th season with the Cubs' organization and fifth with Iowa. The Iowa resident was with Iowa from 2003-04 and began his second stint with the club in 2018. Halbur acted as an assistant athletic trainer for Chicago from 2005-17. In 2008, Halbur and the Cubs Director of Athletic Training Mark O'Neal were awarded the Major League Athletic Training Staff of the Year at the annual Winter Meetings. Prior to joining the Cubs, Halbur worked in the Tigers' organization from 1999-2002.

In his seventh season as a trainer in the Cubs' organization, Williams joins Iowa's staff for the first time. Prior to 2020, Williams spent two seasons with Tennessee (2018-19), two with Advanced-A Myrtle Beach (2016-17), and one season each with Rookie League Mesa (2016) and Short-Season Boise (2014). Williams earned recognition as the Professional Baseball Athletic Trainers Society Trainer of the Year for the Carolina League in 2016 and the Arizona League in 2015.

Knoll comes to the I-Cubs for the first time after spending the past two seasons with Myrtle Beach. Prior to joining the Cubs ranks, Knoll was an assistant strength and conditioning coach at Long Beach State from 2013-18. The Chicago native worked with the University of Illinois at Urbana-Champaign men's and women's basketball programs from 2008-12 while he worked on his Bachelor of Science in Kinesiology.

Iowa opens the 2020 campaign in Nashville on April 9 and will play its first home game on April 14 against San Antonio. Season Tickets and Mini Plans are on sale now. Fans can purchase single game tickets starting on March 1. For more information, visit www.iowacubs.com or call 515-243-6111.