Jackson falls behind 3-0 in first, rallies for 7-3 win to even series 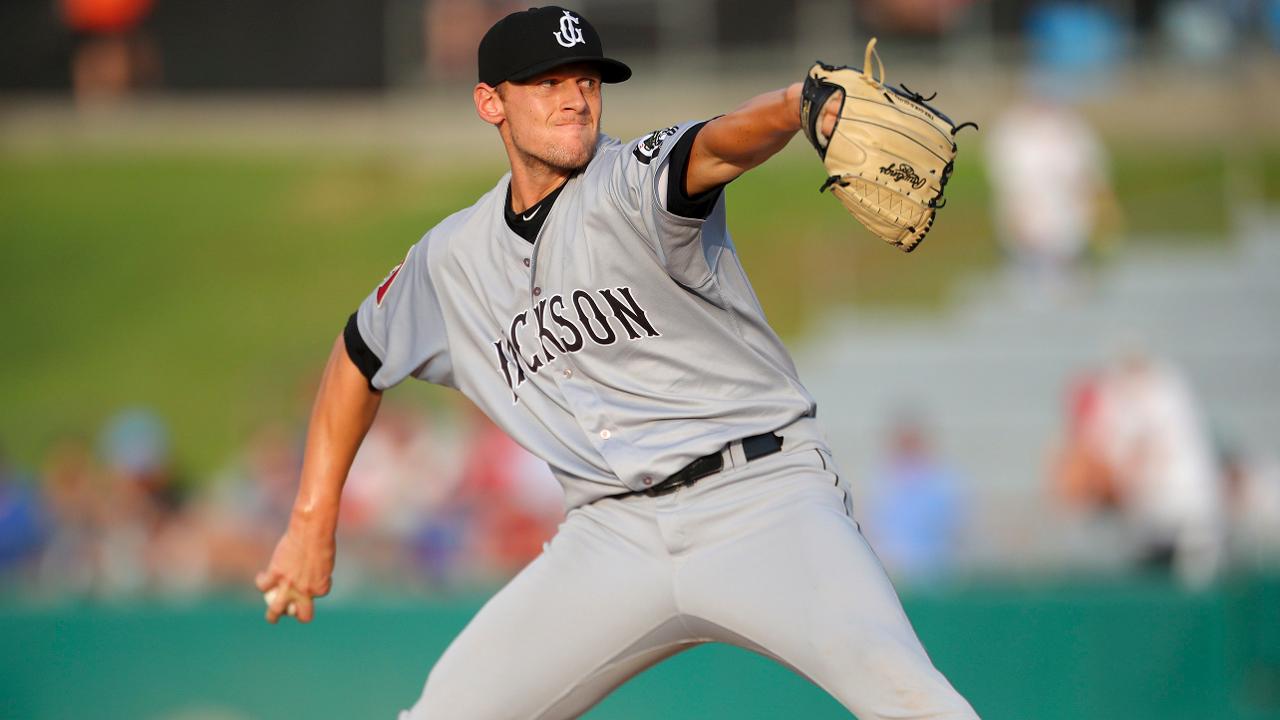 JACKSON, Tenn. - The Jackson Generals, the Double-A affiliate of the Arizona Diamondbacks, staged a remarkable comeback at The Ballpark at Jackson on Wednesday, rallying to beat the Biloxi Shuckers 7-3 in their last home game in 2018.

The victory in Game 2 of the BC Powder ® Southern League Championship Series means Jackson (1-1) and Biloxi (1-1) are all square as the best-of-five series pivots to MGM Park on Friday.

For the fourth time in as many meetings with Biloxi, the Generals ceded multiple runs in the first inning to the Shuckers, a streak that dates back to July 26 in their regular season series. The first five Biloxi hitters all reached base, with four of their passages gained via base-on-balls from Jon Duplantier. With two outs in the first and three runs in already, Jackson called on Ryan Atkinson (1-0, 0.00 ERA) to put the fire out. Atkinson struck out the first man he faced to end the inning and strand runners on the corners, but he didn't stop there.

Over the next three innings, the 25-year-old Atkinson leveled a Shuckers lineup featuring five of the Milwaukee Brewers' top 30 prospects, exiting after retiring ten men in a row on 41 pitches with four strikeouts. Atkinson passed the torch to Miguel Aguilar and Michael Blazek in relief, each of whom fired a pair of scoreless innings to keep the Generals out of harm's way. Kevin Ginkel threw the last frame, preserving the win and thereby assuring the Generals and Shuckers will require a fourth game in the best-of-five series. Atkinson, Aguilar, and Ginkel have combined for 14 scoreless innings in relief during the 2018 postseason.

Facing a 3-0 deficit before they could even come to bat, the Jackson offense came out hungry after being pinned down in a two-hit, Game 1 shutout. Facing Biloxi's Zack Brown, the Southern League's Most Outstanding Pitcher in 2018, the Generals sent a message early. Marty Herum whistled a full-count, two-out RBI single into center field that narrowly missed a ducking Brown on the hill, putting the Generals on the board at 3-1 as Ben DeLuzio came in to score. The run gave confidence to the Jackson attack, and Dominic Miroglio led off with second inning with a triple to right center to bring the tying run to the plate. Galli Cribbs bounced into a run-scoring groundout to bring home Miroglio and cut the margin to 3-2.

In the third, Domingo Leyba started the inning with a double, marking the third straight General to lead off an inning by reaching base. After a groundout, Herum was hit by the pitch to put two men aboard, and Jay Gonzalez smacked a double down the left field line that brought home Leyba with the game-tying run at 3-3. With Gonzalez and Herum at second and third, Miroglio ripped a single into center field to bring both runners home, sending the Generals in front 5-3. The hit was part of a three-knock night for Miroglio, raising his playoff-best batting average to .500 (11-for-22).

A two-out, two-strike, two-run single in the sixth inning by Rudy Flores insulated the Jackson lead at 7-3, equaling Jackson's largest margin of victory over Biloxi in their 11 meetings across the regular season and the playoffs. The Generals finished 4-for-14 with men in scoring position and delivered a trio of two-out RBI, and they also stole their first two bases of the postseason in the win.

The Jackson Generals, a West Tennessee franchise since 1998, are the Double-A minor league affiliate of Major League Baseball's Arizona Diamondbacks. In 2017, The Ballpark at Jackson was named the Professional Sports Field of the Year by the Tennessee Turfgrass Association.