Generals and Smokies suspended by rain after three innings Tuesday 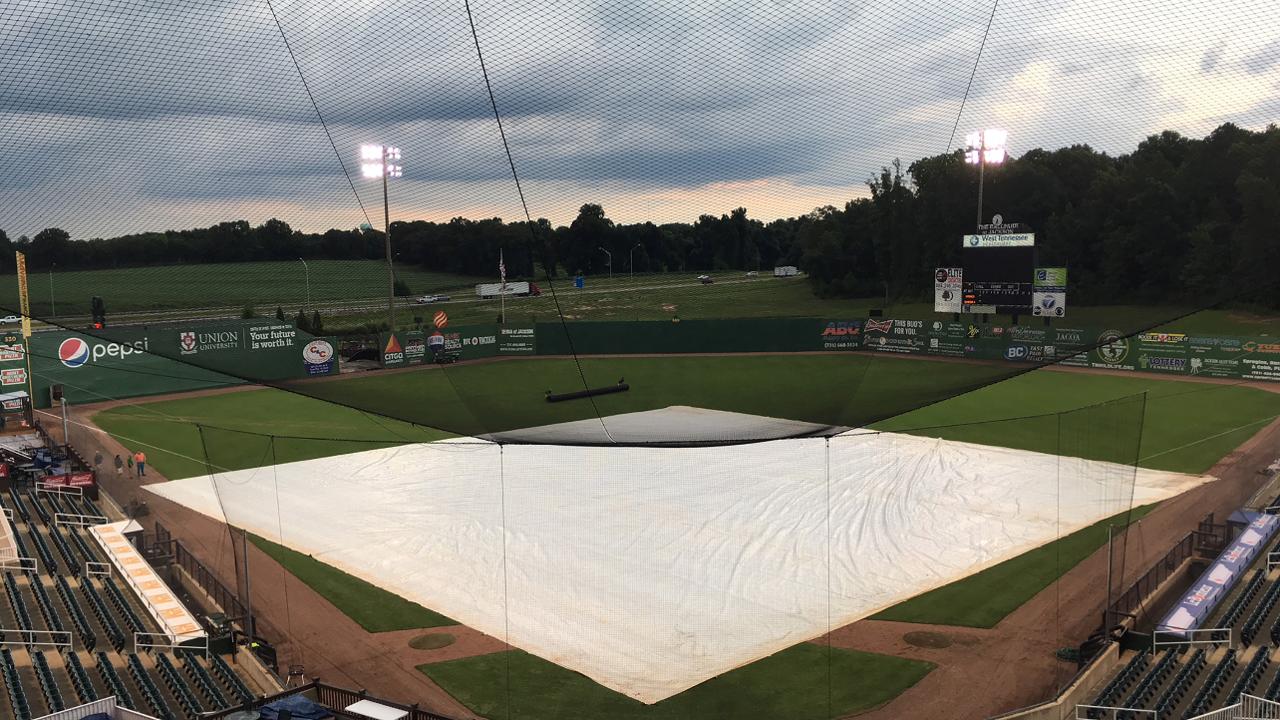 Jackson, Tenn. - The Jackson Generals, the Double-A affiliate of Major League Baseball's Arizona Diamondbacks, saw their game against the Tennessee Smokies on Tuesday suspended due to inclement weather at The Ballpark at Jackson.

The game was suspended in a scoreless tie after three innings of play, and it will be resumed as part of a double-header on Wednesday, August 21 at 5:05pm CT.

Tennessee right-hander Cory Abbott and Jackson right-hander Emilio Vargas dueled to a scoreless draw in their three innings of work, with Abbott stranding two men on base in the third and Vargas stranding one each in the first and second frames. Pitching matchups for Wednesday's games have yet to be determined. The resumed game will be played from the moment of suspension to completion at a regulation length of nine innings, while the second game in the twin-bill will be played as a seven-inning contest. The Generals (71-53) entered the day leading the Smokies (51-75) in the present series, two games to none.   Standard ticket exchange policies apply.

The Generals are home through Thursday evening, which will be a Leaders Credit Union Dollar Night with $1 tickets, $1 hot dogs, $1 soft drinks, $1 popcorn, and $1 beer available for of-age customers. In addition, the Generals will give away two pairs of tickets to upcoming college football games during Thursday night's contest, raffling off seats to Ole Miss-vs.-Memphis in Memphis, and Georgia-vs.-Vanderbilt in Nashville, both scheduled for Saturday, August 31.