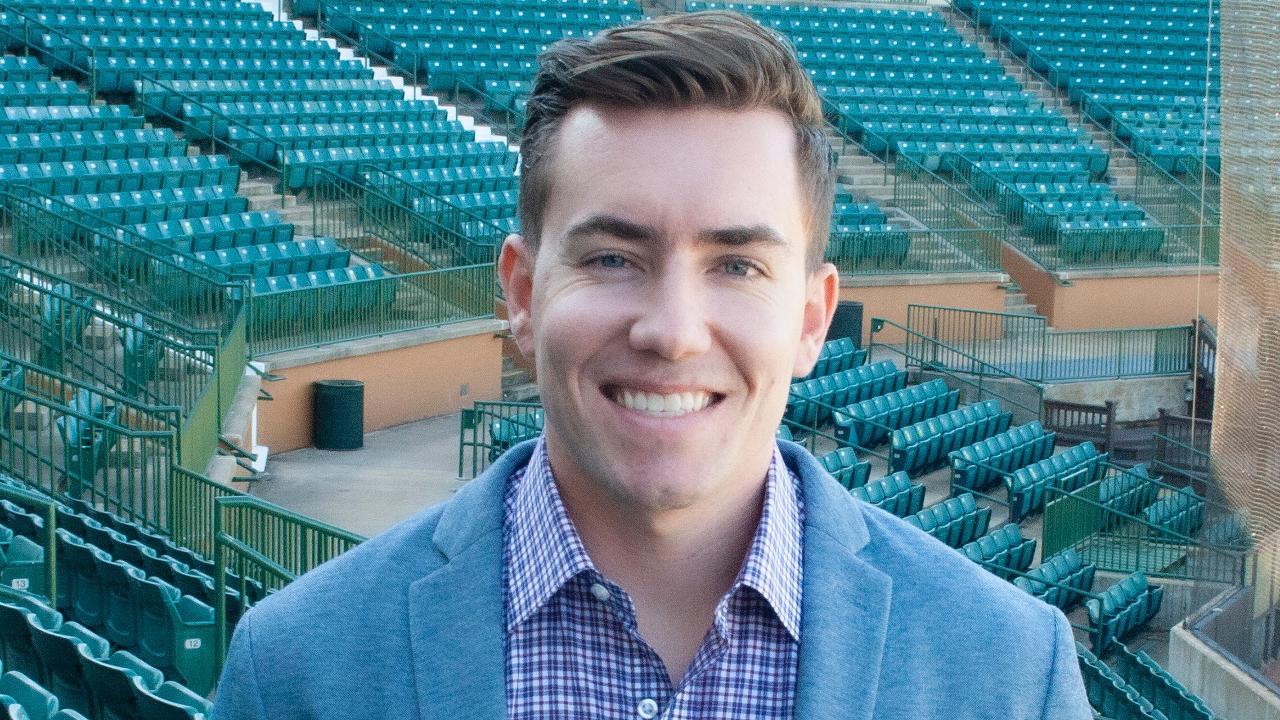 Jackson,TN. - The Jackson Generals, Double-A affiliate of the Arizona Diamondbacks, have announced the hiring of Andrew Chapman as their new Broadcaster and Media Coordinator for the 2020 season.

"We are thrilled to have Andrew join our front office staff. His talent, energy and passion for the game were obvious during the hiring process," said Generals GM Marcus Sabata. "With all the events that we have scheduled in 2020 and beyond, we look forward to using Andrew's considerable abilities to ensure that we continue to provide a first class entertainment option for Jackson and West Tennessee."

Chapman enters his third season working in Minor League Baseball, and second in the Southern League, after serving as a Broadcast and Media Relations Assistant with the Biloxi Shuckers during the 2019 campaign. With the Shuckers, Chapman helped lead media efforts in the execution of the Southern League All-Star Game at MGM Park, and brings his experience north as the event heads to Jackson in 2020. Prior to his tenure in Biloxi, Chapman began his career with the Rancho Cucamonga Quakes of the California League as a Broadcast Assistant.

"It's a tremendous honor and opportunity to be the newest Voice of the Generals and call Jackson my new home," Chapman said. After my time spent in Biloxi, I'm very fortunate to continue working with the many folks who make the Southern League a staple within Minor League Baseball. From the Southern All-Star Game to the rising success throughout the Diamondbacks farm system, the storied baseball community in Jackson has a ton to look forward to in 2020, and can't wait to tell those stories."

Chapman grew up in Stockton, California and graduated from Arizona State University with a journalism and mass communication degree from the Walter Cronkite School in 2017. As a Sun Devil, Chapman called play-by-play for Arizona State baseball, softball, football, basketball and soccer on local student radio and PAC-12 Digital Networks.

All Jackson Generals home and road games during the 2020 season can be heard locally and online on the Jackson Generals Baseball Network. Chapman can be reached for all team media inquiries at achapman@jacksongeneralsbaseball.com.

ABOUT THE JACKSON GENERALS

The Jackson Generals, a West Tennessee franchise since 1998, are the Double-A minor league affiliate of the Arizona Diamondbacks. The Generals play at The Ballpark at Jackson, Tennessee's 2017 & 2018 Pro Sports Field of the Year. In 2019, Jackson celebrated their third championship in four years, bringing home Southern League titles in 2016, 2018 and 2019. Next June, The Ballpark at Jackson will host the 2020 Southern League All-Star Game. For more information or to purchase 2020 season tickets, call 731-988-5299 or visit JacksonGeneralsBaseball.com.