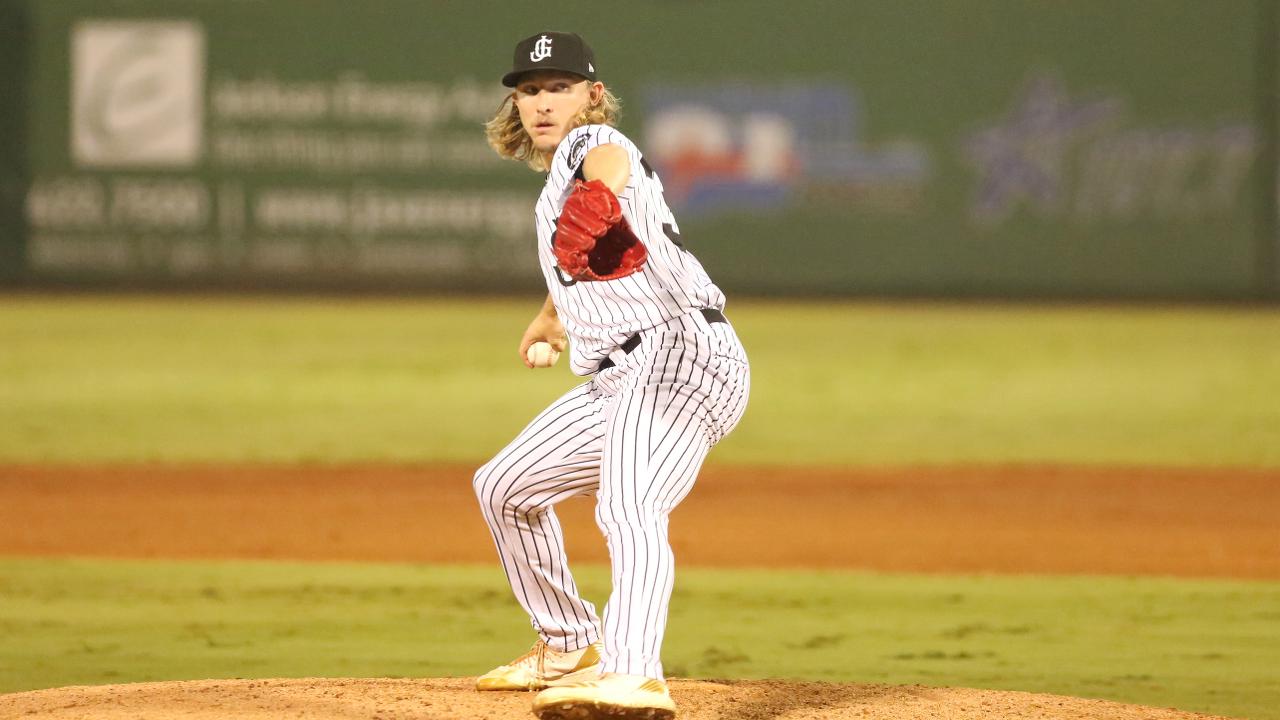 Jackson, Tenn. - The Jackson Generals, the Double-A affiliate of Major League Baseball's Arizona Diamondbacks, closed the 2019 regular season in dramatic fashion on Saturday night, sweeping the Jacksonville Jumbo Shrimp with a 2-1 victory at The Ballpark at Jackson.

The Generals (78-55) reached a season-high 21 games over-.500 with the win, taking the season series over Jacksonville (66-71) with five wins in eight meetings.

Entering the ninth inning with a 2-1 lead, Generals closer West Tunnell (S, 6) allowed a lead-off double to Jacksonville's Riley Mahan that put the potential game-tying run in scoring position. A single to right by J.C. Millan added the potential go-ahead run to the basepaths for the Jumbo Shrimp, intensifying the pressure on Tunnell in front of the assembled 3,077 at The Ballpark at Jackson. Tunnell struck out Jacksonville's Anfernee Seymour on five pitches, drawing Adrian Nieto to the plate with a groundball double play as a possible game-ending option. That's not what happened.

In an 0-2 count, Nieto drove Tunnell's third pitch deep to right-center field, sending Generals outfielder Ryan Grotjohn racing back to the warning track beneath the scoreboard. Grotjohn made the catch, but momentum was taking him away from home plate - a throw to challenge the tagging-up runner Mahan was out of the question. With Jacksonville's seemingly inevitable tying run on its way to home plate, Grotjohn uncorked a missile to first base instead, seeing that Millan had left for second base too soon and was now scrambling back toward the bag. The one-hop wonder bounced right to the mitt of first baseman Seth Beer a beat ahead of Millan, completing a spectacular regular-season-ending double play that brought the Generals streaming out of the home dugout. The Generals' sweep of Jacksonville --- their fourth sweep this year --- was their third series sweep in the Second Half.

Starting for the first time since August 1, Cole Stapler had only one hiccup in his four innings of work, conceding a solo homer to the opposite field by Jacksonville's Lewin Diaz in the top of the first. Stapler stranded men on base in the second and the fourth, finishing after 50 pitches while reaching base for the first time as a hitter on a bottom-of-the-fourth lead-off walk. Jayson McKinley (3-0, 1.00 ERA) spun a pair of scoreless frames in relief, recording five of his six outs by strikeout. Matt Brill and Kevin McCanna each followed with scoreless frames of their own, setting the table for Tunnell's eventful ninth inning.

All-Star catcher Daulton Varsho answered Jacksonville's first-inning homer with one of his own, thrashing a 3-2 pitch from Jacksonville's Edward Cabrera 403 feet over the right field wall for his eighteenth homer of the season. Varsho showed versatility by leading off the third inning with a drag bunt for a base hit, scoring two batters later on an RBI single by Beer. Varsho finished the game 2-for-3 with two runs scored, ending his regular season with a team-high .301 batting average and league-best marks in runs (85), on-base-plus-slugging (.898), and total bases (206), besting teammate Pavin Smith by one base. The Jackson offense went just 1-for-11 with men in scoring position, but they secured their 18th win in August, a season-high for one month.

Earlier in the day on Saturday, the Southern League made the decision to cancel Sunday and Monday's games between the Generals and Jumbo Shrimp, making Saturday's contest the series finale and regular-season capper. The cancelled games allow the Jumbo Shrimp to travel home ahead of the impending arrival of Hurricane Dorian in Florida at the beginning of the week, alleviating concerns that finishing the series could jeopardize the team's safe return. The Generals now have three days off before facing the Montgomery Biscuits at Riverwalk Stadium in Game 1 of the North Division Series on Wednesday Night.

PLAYOFFS UPDATE: THE POSTSEASON IS HERE!

The defending champion Generals have secured a spot in the Southern League playoffs for the third time in four years! As North Division runners-up in 2019, the Generals are guaranteed to host at least one playoff game: Game 3 of the best-of-five North Division Series will be played at The Ballpark at Jackson on Friday, September 6, at 6:05pm CT against the Montgomery Biscuits. Regular season ticket vouchers will be permissible for entry to postseason games. Generals playoff tickets are available for purchase in person at The Ballpark at Jackson box office or by calling 731-988-5299.