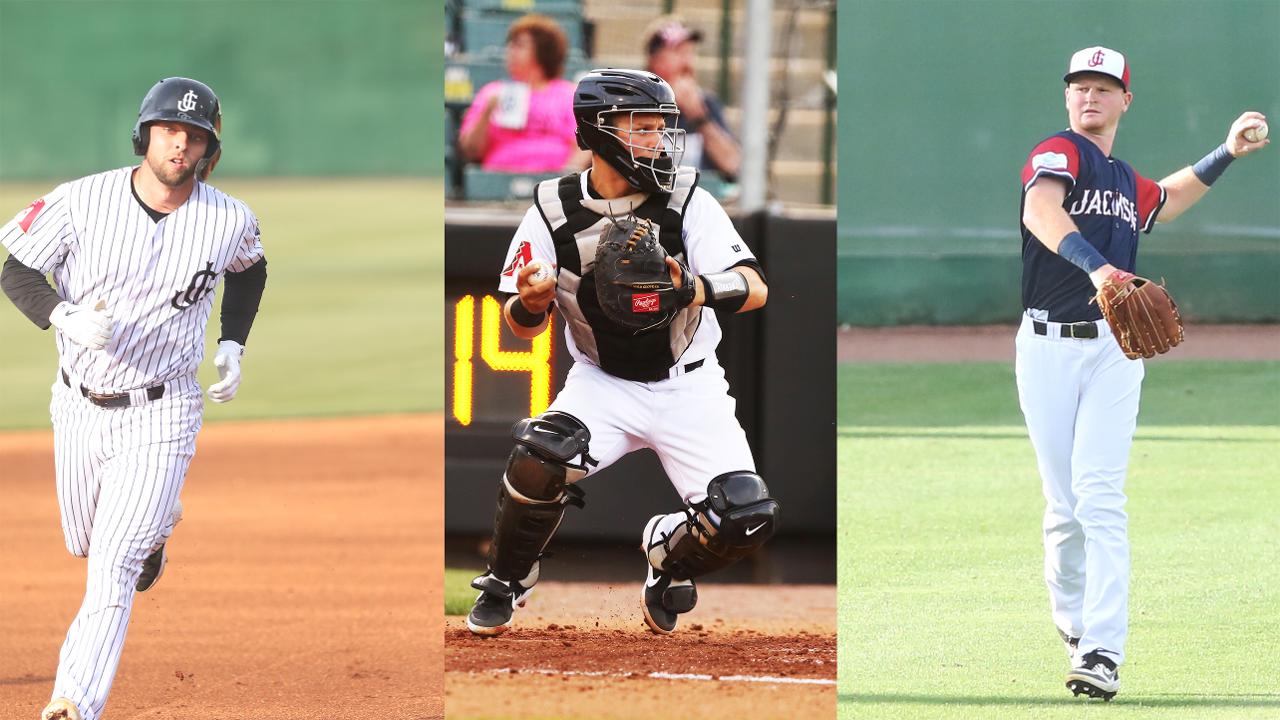 Outfielder Pavin Smith, third baseman Drew Ellis, and catcher Daulton Varsho were pillars of the Generals' success in 2019, anchoring the Jackson lineup on the path to earning the franchise's third playoff berth in the last four seasons.

All rookies at Double-A, Smith, Ellis, and Varsho were the first three players selected by Arizona Diamondbacks GM Mike Hazen and his staff in the 2017 MLB Amateur Draft. Smith and Ellis are both first-time Postseason All-Stars; this year's Postseason All-Star designation is Varsho's second such honor, following the same accolade he won in 2017 in the Northwest League with the Hillsboro Hops.

Smith began the year slowly, batting just .228 over his first two months. The 23-year-old started to catch fire in June, batting a team-high .292 despite going the whole month without a home run. While splitting time between first base and the corner outfield spots in the Second Half, Smith has soared, winning Southern League Player of the Month in July by slashing .341/.394/.604 with ten runs, 13 extra-base hits, 18 RBI, and more walks (ten) than strikeouts (six). He has continued to out-do himself in 24 August games so far, batting .357 with 15 runs, 12 extra-base hits, 21 RBI, and 13 walks. The former Virginia Cavalier currently ranks among the league's top ten in games played, batting average, on-base percentage, slugging percentage, runs, hits (126), doubles, triples, runs batted in, and walks, and he leads the league in total bases (203). He's the only Southern Leaguer to have won Player of the Week multiple times this season, and he joins Jamie Westbrook, Ben DeLuzio, and Tyler O'Neill as the fourth Jackson outfielder over the last four years to win Postseason All-Star honors.

Nobody in Double-A played a cleaner third base this season than Ellis. In 105 games at the hot corner (the second highest total among Double-A players), he helped turn 26 double plays, and he topped all Double-A third basemen with a .959 fielding percentage. Ellis also came up big on offense, racking up 61 RBI (eighth in the Southern League, currently) and tying for the league lead in walks at present (63). The former Louisville Cardinal also collected his first two multi-homer games as a professional in 2019, and he tallied two game-winning hits in last-at-bat circumstances that boosted the Generals to wins on July 28 and August 5. The 23-year-old native of Louisville, Ky. is the first Jackson corner infielder to win Postseason All-Star honors since Kevin Cron in 2017.

Few catchers show the offensive prowess that Varsho brought to the Southern League this year. He currently leads the league in on-base-plus-slugging (OPS, .884) while ranking in the league's top 10 for homers, batting average, hits (114), doubles, extra-base hits (46), and total bases, and he also leads the Southern league in runs scored. Varsho's rise to Double-A success has been rare: He has posted four games with a home run and a stolen base this season, a single-season feat that has only been accomplished by four other catchers at the Major League level, namely Sandy Alomar, Russell Martin, Carlton Fisk, and Ivan Rodriguez. The 23-year-old's effort behind the plate helped hold Jackson's pitching staff to a league-low 56 wild pitches, while Varsho himself was involved in turning a league-best nine double plays. The former Wisconsin-Milwaukee Panther accounted for game-winning hits for the Generals in last-at-bat victories on May 25 and August 21, and his .994 OPS since the All-Star Break ranks directly ahead of teammate Pavin Smith (.935) for the league's top spot in that span. No other Southern Leaguers have posted an OPS over .900 in the Second Half.

Due to a loss by the Birmingham Barons on Sunday, August 25, the Generals have secured a spot in the 2019 Southern League postseason for the third time in four seasons and the second year in a row. The defending Southern League champions are guaranteed to host at least one playoff game in the North Division Series against the Montgomery Biscuits: Game 3 of the best-of-five set would likely be played at The Ballpark at Jackson on Friday, September 6, at 6:05pm CT, though details will not be finalized until later this week. Fans can inquire about purchasing playoff tickets at The Ballpark at Jackson box office or by calling 731-988-5299.