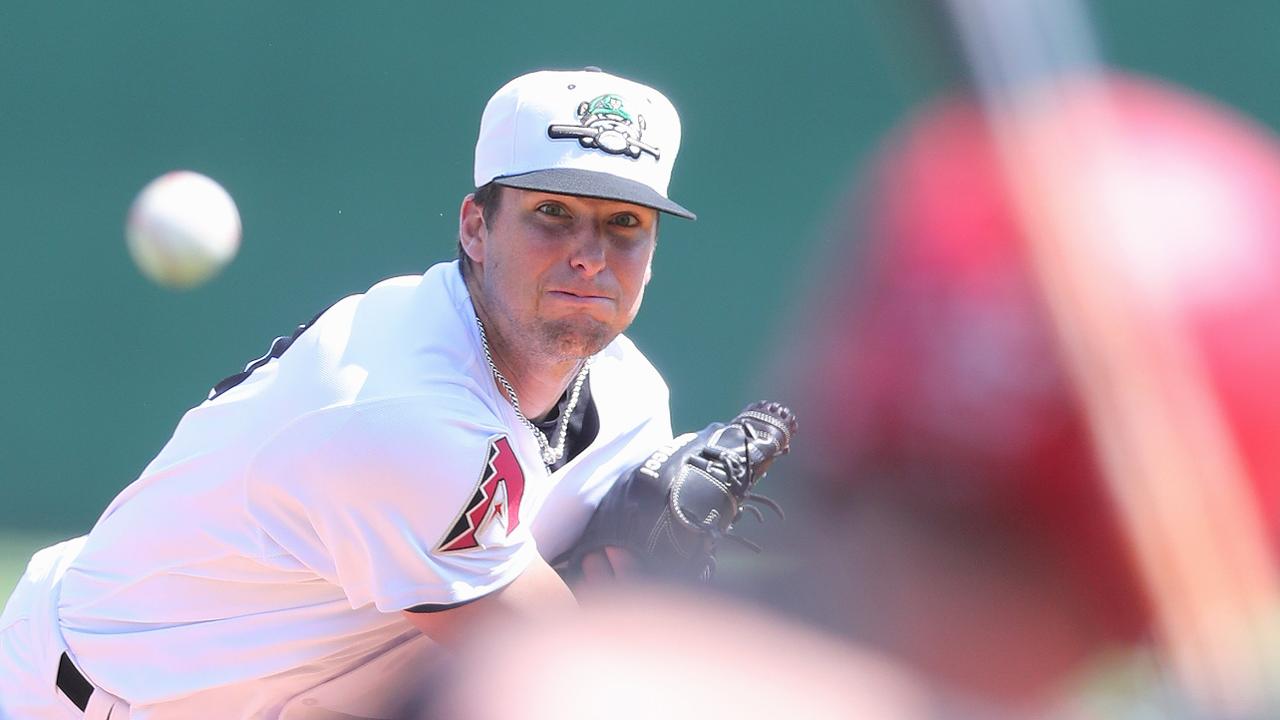 Jacksonville, Fla. - The Jackson Generals, the Double-A affiliate of Major League Baseball's Arizona Diamondbacks, split their double-header Sunday afternoon at Jacksonville, taking one of two games from the Jumbo Shrimp.

In the process, the Generals (2-2) climbed back to .500 on the year and forced the first rubber game of the year by tying the series with the Jumbo Shrimp (2-2).

The Generals scratched across a run in the first inning against Dustin Beggs on Saturday, as Jeffrey Baez doubled in Pavin Smith before rain caused the game to be suspended. When the game resumed on Sunday afternoon, right-hander Kolton Mahoney (1-0, 0.00 ERA) replaced Beggs and promptly took control of the game. Mahoney threw 5.1 scoreless, hitless innings, helping hold the Jackson offense in check. Baez finished a pair of hits, but the Generals went 1-for-4 with men in scoring position and did not manage any extra-base hits. The run they scored in the first was their last.

On the hill, Matt Peacock (0-1, 3.60 ERA) retired six of the first seven hitters he faced, all on ground balls. However, a trio of singles and a sacrifice bunt in the third inning gave Jacksonville the equalizer in the third inning, and Jacksonville's Stone Garrett doubled home a run in the fourth to put the Jumbo Shrimp ahead. Tyler Mark and Bud Jeter both provided scoreless relief appearances, but the lack of production from the Jackson lineup did them in.

Much like the first game of the day, the Generals drew first blood, as Andy Young led off the game with a home run, the team's first of the year. Young would score the Generals' second run as well, coming home on an RBI double by Jamie Westbrook in the third inning. Young leads all Generals hitters with a .400 batting average through the season's first four games, and he's accounted for twice as many hits (6) as any of his teammates.

For the first time since last May, Sam Lewis started for the Generals, and the results were effective. Lewis gave up four hits in the four innings he pitched, but he also struck out four men and kept the Jumbo Shrimp from scoring. Ryan Atkinson (1-0, 0.00 ERA) relieved him for a scoreless inning, and Kevin Ginkel (S, 1) closed with a two-inning save, tying the series at two games apiece.