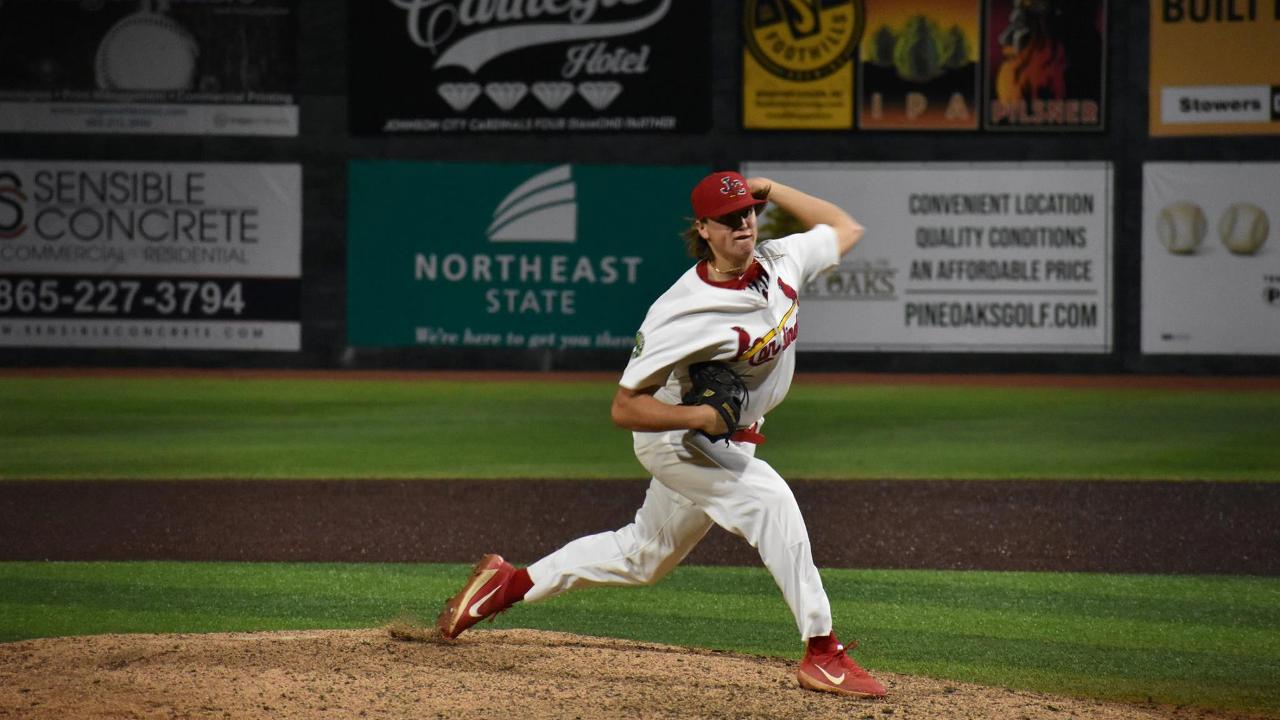 SEVIERVILLE, TN - After taking game one against the Greeneville Reds 9-7, the Cardinals looked to take a win at a neutral site. The Cardinals won the Boyd Sports Family Reunion at Smokies Stadium 18-10.

The Cardinals got the scoring going in the top of the second. Brandon Riley led off with a single. Dariel Gomez reached on an error and Zach Jackson hit a two-RBI double (10) to put the Cardinals in front 2-0.

Game two turned into a football game quickly. The Cardinals scored four in the fourth inning. Andrew Warner walked to start the inning. With one out, Michael Perri singled and Donivan Williams launched a three-run homerun to give the Cardinals a 5-1 lead. Nolan Gorman then hit a solo homerun that left the ballpark at 105 MPH. That made the score 6-1.

In the top of the fifth, Brandon Riley and Dariel Gomez started the inning with back-to-back singles. With two outs, Michael Perri hit a three-run homerun to right field to increase the lead to 9-1. The Reds answered with four runs in the bottom of the fifth to make the score 9-5.

In the top of the sixth, Brandon Riley hit a solo homerun (2) to increase the Cardinals lead to 10-5.

Johnson City scored eight runs over the final three innings. Three runs were scored in the seventh. Michael Perri singled with one out and advanced on a wild pitch. Donivan Williams singled, and Perri scored from second. Nolan Gorman singled to put runners on the corners. Carlos Soto doubled (7) and Williams scored to make the score 12-5. Brandon Riley walked to load the bases. Dariel Gomez singled and Gorman scored to make the score 13-5.

The Cardinals put five runs in the top of the ninth and the game ended with a combined 28 runs scored between the Cardinals and Reds. Cardinals came out on top 18-10.

The Cardinals are back in action tomorrow for the finale with the Reds. First pitch is slated for 5:00 p.m. back at Pioneer Park in Greeneville, TN.

The full schedule for the season and information regarding tickets, and promotion days can be found at jccardinals.com or by calling the Cardinals Office at (423) 461- 4866.