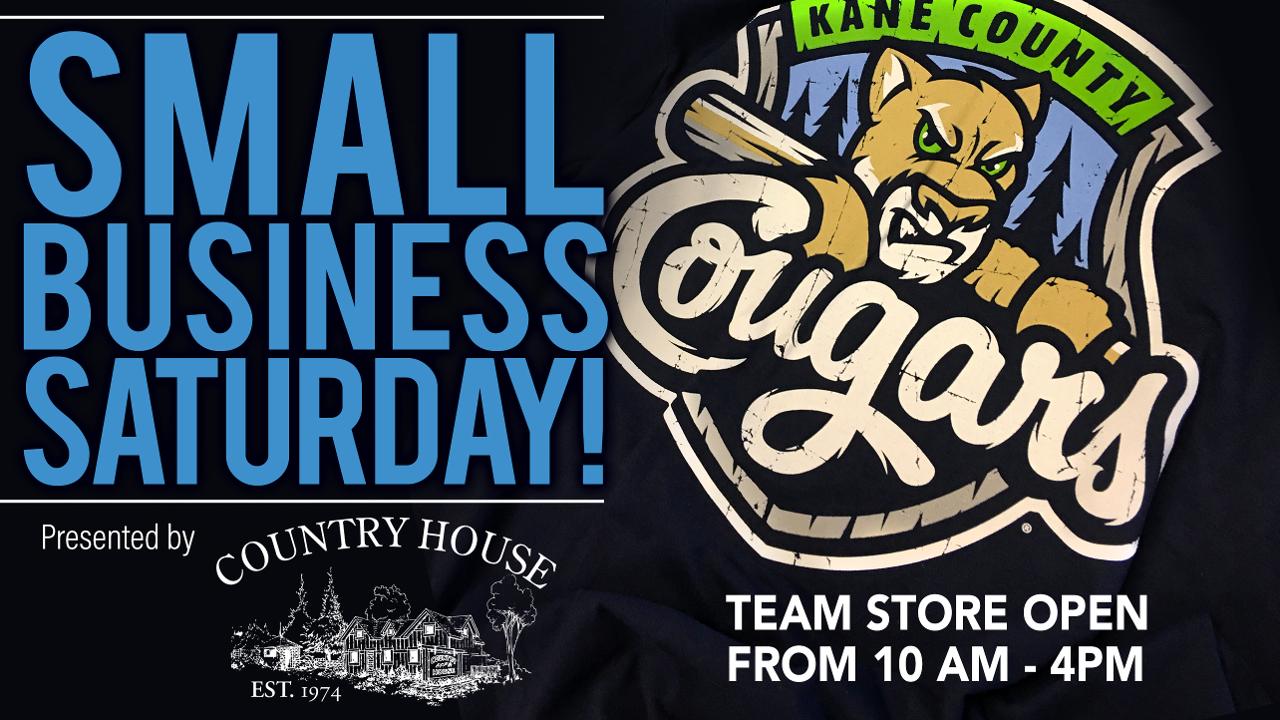 GENEVA, Ill. - Support your Cougars this holiday season on Small Business Saturday, November 30. Presented by Country House, the Cougar Den Team Store, located at Northwestern Medicine Field, will be open from 10 AM to 4 PM.

Fans are encouraged to visit the store for exclusive savings on merchandise as all items will be discounted anywhere from 10 to 50% off. In addition, fans who make a minimum purchase of $30 will receive a $20 Country House gift card, while supplies last. There is a maximum of one gift card per person.

Select ticket packages will also be available for purchase including Christmas Packs and Five-Game Plans. This year, Christmas Packs include four undated box seats, one undated general lot parking pass, two Opening Night reserved seats, $60 in Cougars Cash and a Cougars Christmas ornament for only $89. Five-Game Packages include free preferred parking, one pass per game per account, for just $74.50 a seat.

For more information about Small Business Saturday, presented by Country House, visit the Cougar Den Team Store or call the front office at 630-232-8811.

The Cougars, Class-A Minor League affiliate of the Arizona Diamondbacks, have been at the forefront of family-friendly entertainment since 1991. In 2015, the franchise became the first Class-A team in Minor League Baseball history to welcome 11 million fans through the gates. A total of 180 former Cougars have reached the Major Leagues including Miguel Cabrera, Nelson Cruz, Josh Beckett, Adrian Gonzalez and Kyle Schwarber.