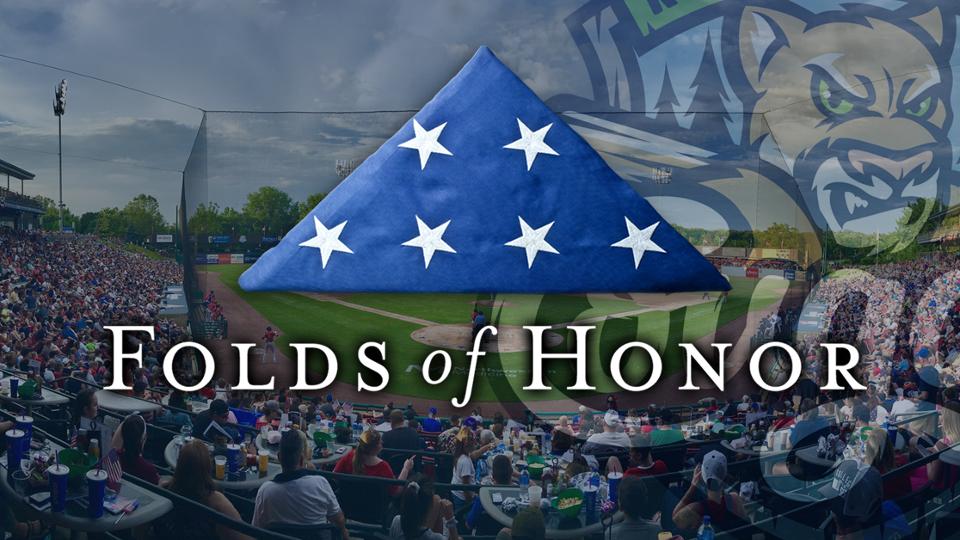 GENEVA, Ill. - The Kane County Cougars, minor league affiliate of the Arizona Diamondbacks, have announced a new military partnership with Folds of Honor. Both organizations will work together on multiple initiatives including the Legacy Brick program, Military Appreciation Night and Hometown Heroes.

The Cougars launched the Legacy Brick program prior to the 2015 season. Fans can purchase a custom legacy brick etched with a special message, their name or the name of a family member or friend. All bricks are permanently displayed outside Northwestern Medicine Field near the entrance to Gate 3. Moving forward, a portion of the proceeds from the sale of each legacy brick will benefit Folds of Honor and the work that they're doing to provide scholarships for the dependents of our military heroes.

"The Folds of Honor mission is singular, to provide educational scholarships to the spouses and children of wounded and fallen service members," said Larry Robinson, Advisory Member for the Chicago Board of Directors. "In 12 short years, we have been able to provide almost 25,000 scholarships, which helps military families achieve their dream of attending college. We are honored to partner with the Kane County Cougars to help us on our mission to honor their sacrifice and educate their legacy."

In addition to the Legacy Brick program, military members, both active duty and veterans, are honored throughout the season with a special night set aside to celebrate and show appreciation. In addition, select nights feature a Hometown Hero who is honored on the field in-between innings for their heroic actions and service.

"As an organization, the Kane County Cougars are very passionate about our support for America's men and women that have been deployed around the world to protect our freedom," said Curtis Haug, Vice President and General Manager of the Cougars. "We are proud to partner with Folds of Honor Chicago to assist in their quest to provide educational support for the families of America's fallen and disabled service members."