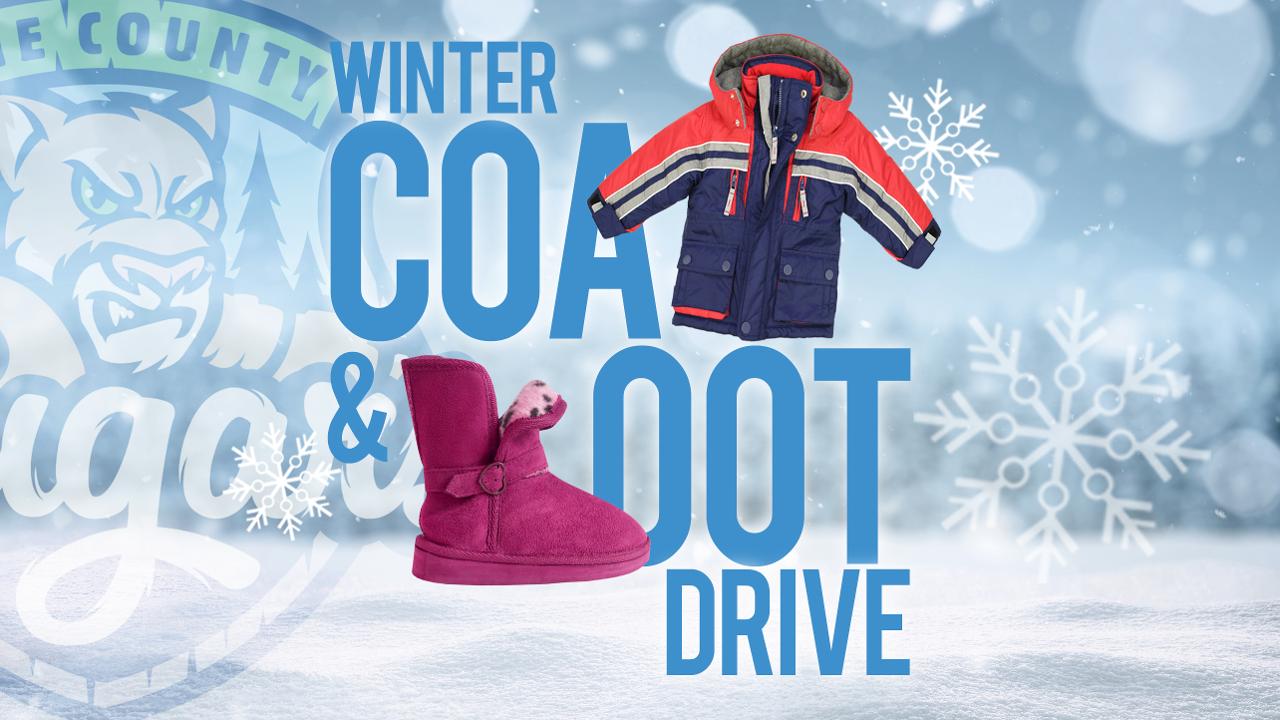 GENEVA, Ill. - The Kane County Cougars have announced the dates for the organization's annual Winter Coat Drive. New for this season, the Cougars will also be collecting donations of winter boots.

Beginning Monday, December 2, fans are welcome to stop by the Cougars front office at Northwestern Medicine Field (34W002 Cherry Lane, Geneva, IL 60134) between 9 AM and 4 PM, Monday through Friday. Donations of new or gently-used winter coats and boots for infants, children and adults are encouraged. Fans will receive one (1) undated reserved seat ticket voucher valid for a 2020 regular season Cougars game with each donated item. There is a maximum of 10 complimentary ticket vouchers per fan.

In partnership with the Midwest Shelter for Homeless Veterans and Mutual Ground, all coats and boots will be donated to local individuals and their families in need of cold-weather outerwear this winter.

The deadline to donate for this year's Winter Coat and Boot Drive is Friday, December 13 at 4 PM. For more information, contact the Cougars front office at 630-232-8811.