Cougars Clinch Spot in the Postseason 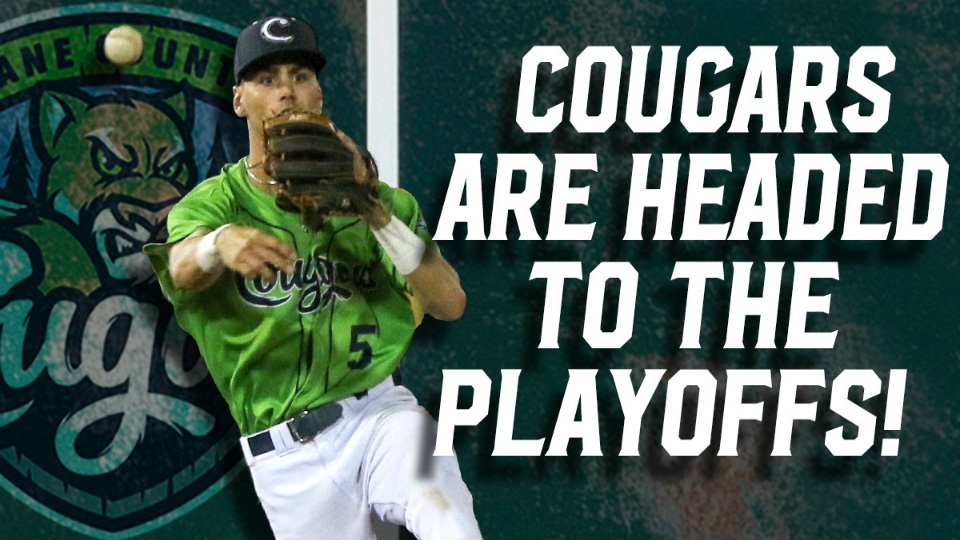 GENEVA, Ill. - The Kane County Cougars, minor league affiliate of the Arizona Diamondbacks, have clinched a spot in the 2019 Midwest League Playoffs following an 8-4 victory over the Wisconsin Timber Rattlers on Thursday night. This is the third post-season bid for the Cougars in the last five seasons that they have been teamed up with the Diamondbacks.

Due to a close race between the Cougars and the Clinton LumberKings for the second-half champion, a playoff schedule has yet to be determined. Playoff tickets and parking passes will go on sale once the final standings have been decided.

All tickets, box and reserved, will be sold for $10 with StrikeZone tables behind home plate available for $79. In addition, parking for both the preferred and general lots will be $10.

A potential first-round playoff schedule is below:

Playoff tickets will be available online at www.kccougars.com and over the phone by calling the box office at 630-232-8811.

The Cougars look to bring home their first Midwest League Championship since 2014 and their third league championship in franchise history.