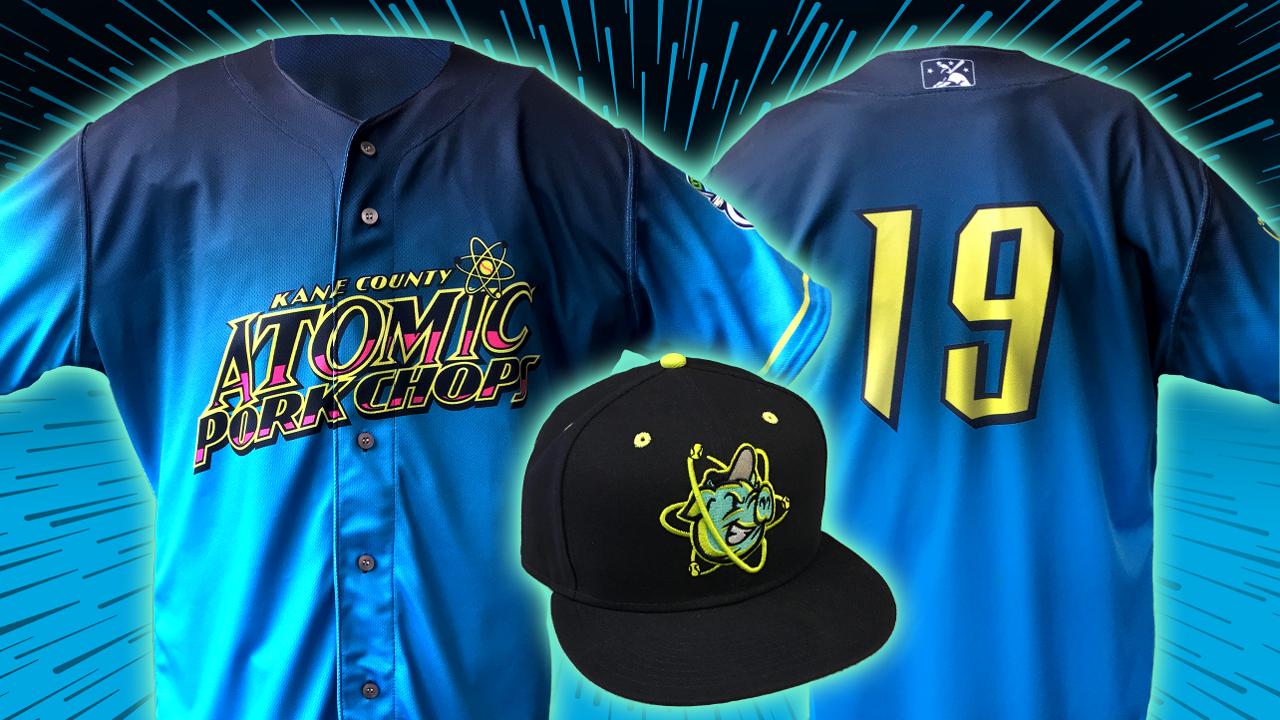 GENEVA, Ill. - The Kane County Cougars will take on a new identity as they change their name to the Kane County Atomic Pork Chops on select nights beginning Friday, July 19. Additional nights for the transformation include Sunday, July 28 and Thursday, August 8.

It all began with a simple brainstorming session. A combination of the Cougars close proximity to the world-renowned Fermilab, which specializes in exploring high-energy physics, along with a desire to pay homage to the Cougars signature pork chop sandwich is how the Atomic Pork Chops were born.

"Fans have been asking for us to create an alternate identity for a few years now," said Cougars Vice President and General Manager Curtis Haug. "We wanted to make sure whatever we came up with was a representation of our community, and Fermilab is a very important part of that with not only the work they're doing but the number of educational and family events they offer. We believe this combination of a local landmark as well as a signature Cougars item is an alternate identity that people can really have some fun with."

The players and coaches will wear specialty hats and jerseys for the games. In addition, fans will be able to purchase Atomic Pork Chops logo t-shirts and hats from the Cougar Den Team Store, located at Northwestern Medicine Field. A limited supply of Atomic Pork Chops merchandise will be available online in the coming weeks.

Fans will also be able to taste the new Atomic Pork Chop sandwich on the nights when the team takes the field in their alternate identity. The 10-ounce boneless butterfly pork chop will be smothered in a special atomic sauce exploding with flavor. The Atomic Pork Chop Sandwich will be available at the Wannemaker's Backyard Grill, located down the first base concourse.

Tickets for all remaining games, including the Atomic Pork Chop Nights, are on sale now at www.kccougars.com. Tickets can also be purchased over the phone by calling 630-232-8811 or by visiting the box office at Northwestern Medicine Field.

The Cougars, Class-A Minor League affiliate of the Arizona Diamondbacks, have been at the forefront of family-friendly entertainment since 1991. In 2015, the franchise became the first Class-A team in Minor League Baseball history to welcome 11 million fans through the gates. A total of 179 former Cougars have reached the Major Leagues including Miguel Cabrera, Nelson Cruz, Josh Beckett, Adrian Gonzalez, Kyle Schwarber and Willson Contreras.