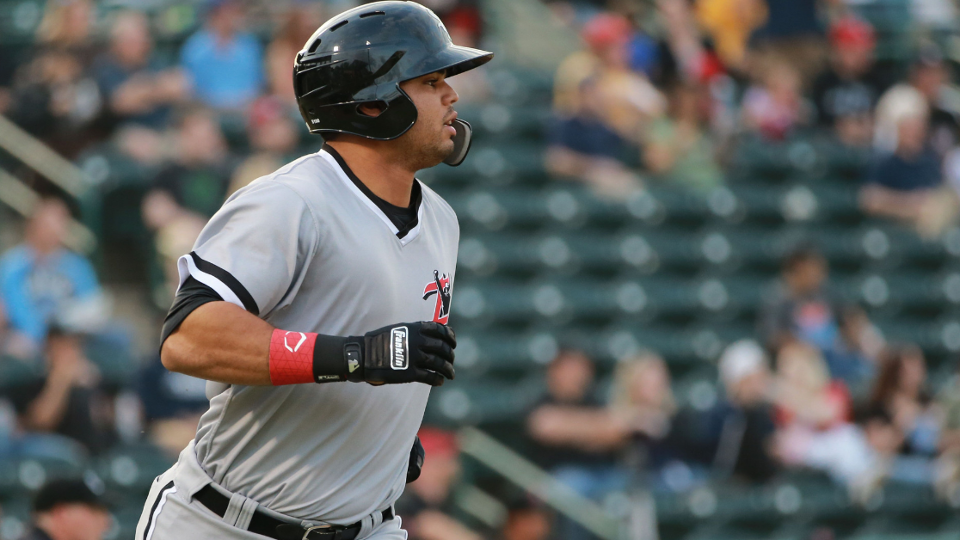 KANNAPOLIS, N.C. - Despite solid pitching and a late rally, the Kannapolis Intimidators (59-72, 31-32) were unable to take the victory Monday night, falling to the Hagerstown Suns 4-1.

Hagerstown (70-71, 32-31) opened the scoring in the top of the 4th, when Israel Pineda smacked his seventh home-run of the season. The solo shot off Bilous by the Nationals #10 overall prospect made it a 1-0 game.

RHP Reid Schaller (W, 4-3) took the mound for the Suns, throwing a productive five shut-out innings, giving up just two hits, striking out six, and walking two. The 14th overall prospect in the Washington Nationals organization proved to be a difficult opponent for the Intimidators, who did not find the base paths until the bottom of the third inning.

Following the 14th prospect was the 11th overall prospect, LHP Matt Cronin (H, 5). The former Arkansas southpaw fired two innings and four strikeouts, allowing no baserunners in his two frames of work. LHP Nick Wells (S, 1) relieved Cronin in the eighth, going the rest of the distance, giving up a run, one walk and two hits.

The Suns extended the lead in the top of the sixth, when a Kyle Marinconz ground out brought home Justin Connell to give Hagerstown a 2-0 lead. Later in the game, the lead grew to 4-0 on an Armond Upshaw triple that scored Phil Caulfield. On that same play, a throwing error by Camilo Quinteiro allowed Upshaw to cross the plate.

Wells allowed the only run for the Intimidators in the bottom of the ninth, when a groundball to second baseman Cole Daily turned into a throwing error, letting Alex Destino score to cut the lead to 4-1.

Kannapolis will look to rebound in game two of the four game set with the Hagerstown Suns on Tuesday. First pitch is set for 7:00 p.m. The Intimidators will send RHP Johan Dominguez (4-5, 3.05 ERA) to the rubber Tuesday, with the Suns pitcher TBA.

Fans can purchase tickets for the Tuesday night match-up with the Suns or any of the other two remaining 2019 home games by visiting intimidatorsbaseball.com or stopping by the F&M Bank Box Office located at Intimidators Stadium supported by Atrium Health.