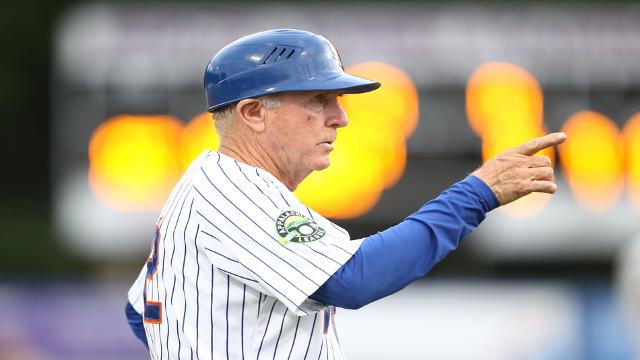 Kingsport, TN - The Kingsport Mets orchestrated their first sweep of the season Friday evening with a 9-8 victory over the Princeton Rays at Hunter Wright Stadium.

The Mets were able to overcome an early 2-0 deficit with a six-run onslaught in the fifth inning.

L.A. Woodard, Jaylen Palmer, Francisco Alvarez, and Andres Regnault all drove in runs in the frame.

The Mets seemingly put the game away as they added three in the seventh, capped by a two-run triple by Cristopher Pujols.

The victory was not without drama however, as the Rays pushed across two runs in the eighth and three in the ninth to pull within one.

With the tying and running runs on base, Josh Hejka was able to close the game out with a flyout to Tanner Murphy to earn his first professional save.

Cesar Loaiza picked up his first victory as a K Met, having thrown five innings of two run ball.

The Mets are back in action at Hunter Wright Stadium tomorrow night as they open up a series against the Greeneville Reds. Tomorrow night is Super Giveaway Saturday, and the first 300 fans through the gates will get a free K Mets t-shirt! First pitch is at 6:30.