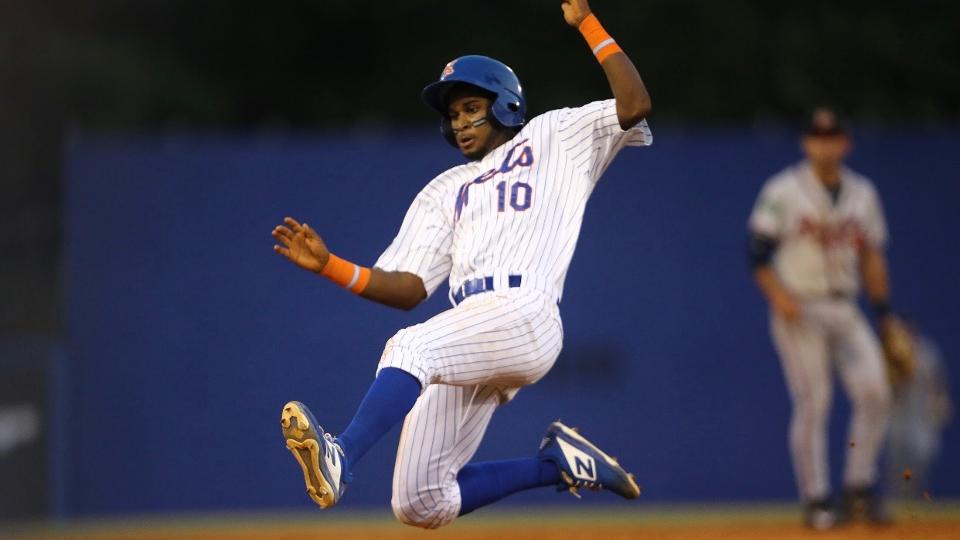 Kingsport, TN - There's nothing like a playoff push in professional baseball, and the Kingsport Mets have embraced the race.

Sunday evening, they took a big step toward reaching postseason play as they finished off a three-game sweep with a 3-0 victory over the Bluefield Blue Jays.

The game was a classic pitcher's duel, as both squads each had four hits, all of which were singles, and neither team committed an error.

The Mets were able to plate the first two runs of the game in the third inning when Bluefield starter Felipe Castenda suffered a bit of wildness. Castenda walked a trio of Met hitters in the frame, and then allowed two to score off of consecutive hit by pitches.

The final run the Mets could plate on the evening came on an RBI-single by Jhoander Saez which capped off a ten-pitch at bat in the bottom of the seventh.

Kingsport starter Jordany Ventura did not allow a hit in his Hunter Wright Stadium debut but failed to qualify for the win by only going four innings.

Reyson Santos closed it out with a perfect ninth for his league-leading eighth save.

The Mets now turn their attention to the Johnson City Cardinals, who at completion of Sunday's Mets' game were sitting in first place just one-half game ahead of Kingsport. The Cardinals come to town for a three-game set tomorrow, and a series win against JC would almost assuredly put the Mets in the postseason.