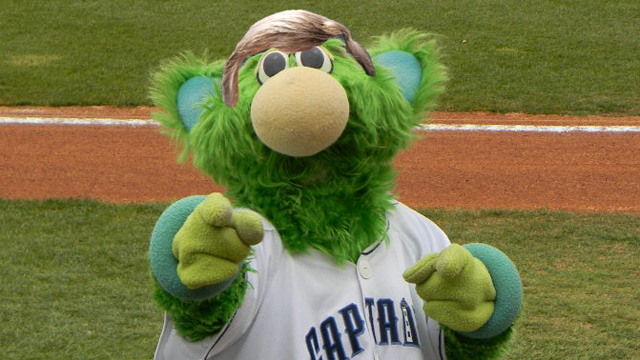 The event will honor the great fans of Northeast Ohio in a way that only Emmert would find to be acceptable.

All fans who attend the game and do nothing but stay until the third inning will receive credit towards a future Captains game of their choice. In addition to this great benefit of just showing up, given the recent ruling in college athletics that will allow student athletes the opportunity to enjoy consuming food as they need it, four lucky college students will win an All-You-Can-Eat wristband and tickets to a future Captains game.

During the game, fans will be permitted to move from their seat location designated by their ticket, subject to a one inning waiting period, if they desire a different view.

Prizes will be handed out during the game, including "one and done" player basketball cards while others in attendance will receive copies of college football and basketball video games.

Copies of the publication "Undue Process - The NCAA's Injustice For All" will also be distributed to select attendees.

Lucky participants who take part in the Captains in-game promotions will not be rewarded for their efforts, rather, they will have the satisfaction of just having the opportunity to participate. At the end of the game, a promotional participant will be crowned that evening's BCS (Big Captains Superstar) Champion via a subjective vote taken by members of the media and a computerized scoring algorithm.

Fans who wear their "generic" college jersey that may or may not correspond to a famous athlete who may attend the same college may be awarded by a visit from a Captains Booster who greets them with a $100 handshake.

The Captains considered offering complimentary tickets to any local student-athlete for the July 2 Mark Emmert Fan Appreciation Night, however, due to regulations related to their amateur status, all local college students who show their college ID at the Classic Park Box Office will instead receive a $2 discount.

Finally, given that he has never attended a Minor League Baseball game, the Captains would like to extend an invitation to Mark Emmert to this evening in his honor. While at his first Minor League Baseball Game, he will have the opportunity to greet some of our hundreds of thousands fans who annually enjoy Classic Park, and he can participate in the Classic Chevy T-Shirt Toss, or Dizzy Bat Race during the game.