Captains score three in ninth, lose by one 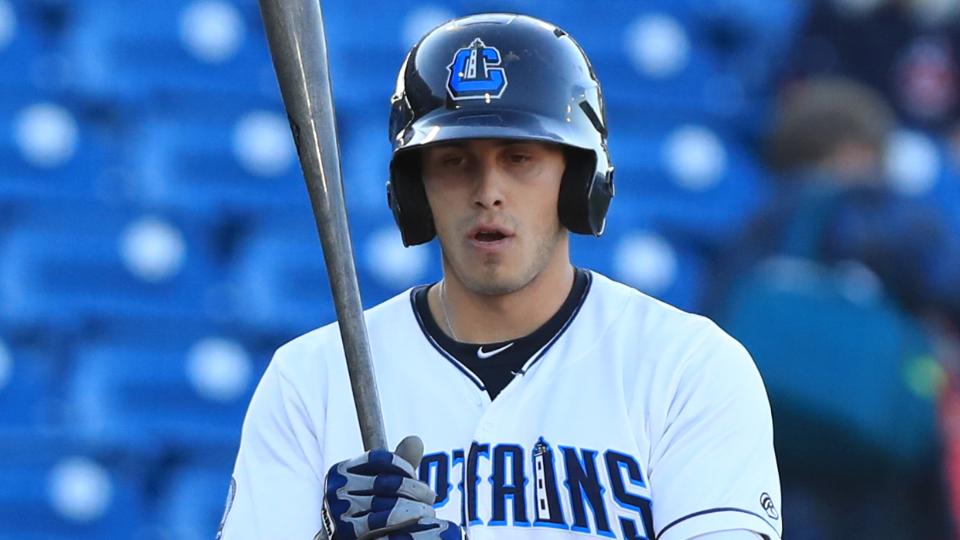 (Eastlake, OH) - The Lake County Captains (14-11, 54-40) came dangerously close to completing a dramatic, ninth-inning comeback on Wednesday night, but fell painfully short in a 5-4 loss to the Cedar Rapids Kernels (15-10, 54-41). The Captains scored three runs in the bottom of the ninth, but left the tying run on third and the winning run on second in the opener of a three-game series at Classic Park.

Cedar Rapids took a 2-0 lead early with a run in each of the first two innings. Spencer Steer led off the game with a single, stole second and made it to third on a ground out before scoring on a wild pitch. Tyler Webb led off the second with a walk, moved to second on a single by Ricky De La Torre and both runners advanced on a wild pitch. Steer then knocked in Webb with a ground out to third.

Lake County cut into the Kernels' lead with a run in the third. Cedar Rapids starter Tyler Palm hit Miguel Jerez with a pitch to begin the inning. Ruben Cardenas delivered a two-out single and the inning continued when shortstop Wander Javier bobbled a grounder by Jose Fermin to load the bases. Daniel Schneemann then hit a check-swing grounder to third, but De La Torre's throw to first was late and pulled Gabe Snyder off the bag. Jerez scored from third on the RBI infield single, trimming Cedar Rapids' lead to 2-1.

The Kernels maintained their one-run lead into the seventh when Jared Akins came through with a big swing. Cedar Rapids put two men aboard when Steer reached on a strikeout-passed ball and Captains reliever Kyle Marman walked Gilberto Celestino. Two batters later, Akins wrapped a fly ball around the right field foul pole for a three-run homer to push the Kernels' lead to 5-1.

The Captains did not have an answer until the ninth when they rallied against reliever Brian Rapp. Hosea Nelson and Jerez worked back-to-back walks and Rapp hit Billy Wilson with a pitch to load the bases with one out. Carlos Suniaga came out of the Kernels' bullpen with the bases loaded and one out. The Captains were a grand slam away from tying the game, but Suniaga struck out Bo Naylor swinging for the second out. Cardenas then cracked a ground ball single into left that scored both Nelson and Jerez, pulling the Captains within two runs and putting men on first and second.

Fermin followed Cardenas and hit a flare single into left-center that plated Wilson to cut Cedar Rapids' lead to one run at 5-4. Fermin hustled to second on the play and Cardenas reached third. The Captains had the tying run on third and were potentially a base hit away from winning the game, but Suniaga struck out Schneemann to end the game.

Suniaga notched his second save. Though he allowed three inherited runners to score, the right-hander did not allow a run of his own over 2/3 of an inning. He gave up two hits, struck out two and walked none.

Palm (2-5) picked up the win for the Kernels. He pitched six innings and allowed just one unearned run on four hits. Palm struck out six and walked one.

The Captains and Kernels have a quick turnaround. Game two of their three-game series is scheduled to begin at 11 a.m. on Thursday at Classic Park.