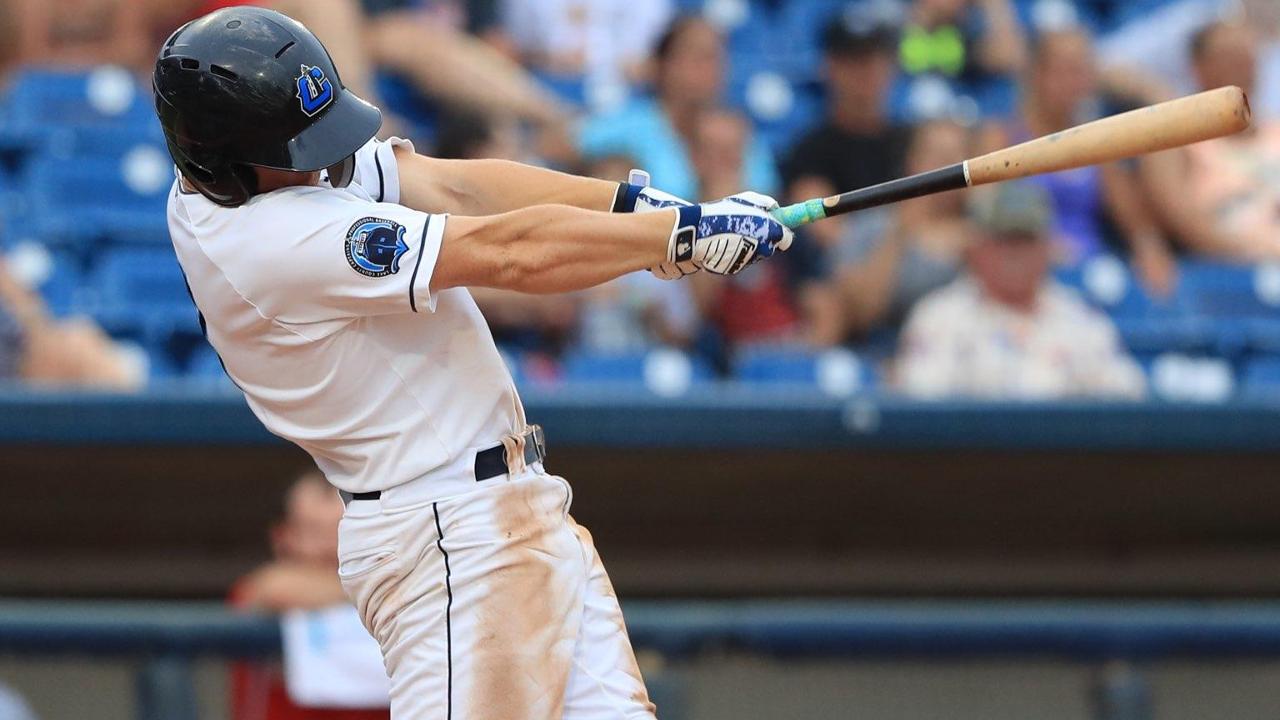 (Eastlake, OH) - The eighth-inning rally by the Lake County Captains (15-12, 55-41) was less than flashy, but it was certainly effective. The Captains scored six runs on two hits and six walks to come from behind and beat the Cedar Rapids Kernels (16-11, 55-42) on Friday night at Classic Park, 8-3.

While walks dictated the action in the eighth, the first five runs of Friday's game were scored on solo home runs. The Kernels hit the first three solo homers in the first two innings. Two batters into the ballgame, Gilberto Celestino hit a ball into the left field bleachers and Gabe Snyder made it back-to-back homers with his second long ball of the series and team-leading 11th of the year, hammering a shot well over the right field wall. Trevor Casanova made it 3-0, Cedar Rapids, with a homer to dead-centerfield to lead off the second.

The Captains answered with a solo shot of their own in the fourth. Cody Farhat ripped a line drive off the centerfield batter's eye to pull Lake County within two runs at 3-1.

Outside of the three homers, Captains starter Thomas Ponticelli fared well over five innings. The right-hander did not surrender any more runs and only gave up one other hit. He struck out six and walked two before handing the ball off to lefty Jake Miednik , who held the Kernels scoreless over two more innings before the Captains got another solo blast to pull within one.

Hosea Nelson came up with one out and nobody aboard in the seventh. Facing lefty Kody Funderburk, Nelson pulled a fly ball over the wall in right-center to cut Cedar Rapids' lead to 3-2.

The Captains' big inning came in the eighth and they needed more patience than contact. Ruben Cardenas began the frame with a walk and Bo Naylor bunted him to second. Jose Fermin then tied the score with a line drive single to right. After Funderburk walked Farhat, the Kernels brought in right-hander Alex Schick, but he walked Connor Smith to load the bases. Schick then walked Miguel Jerez to bring home Fermin with the go-ahead run. After Nelson struck out, a passed ball by Casanova scored Farhat to give the Captains a 6-3 lead and Schick walked Quentin Holmes to load the bases again. Nate Hadley became the third pitcher in the inning when he entered, inheriting the bases-loaded jam. Hadley walked Schneemann to force in another run. Cardenas then smacked a two-run single to left to give the Captains an 8-3 lead.

Luis Valdez earned the win in relief for Lake County. In his Captains debut, Valdez (1-0) pitched two scoreless innings, allowing one hit and one walk with four strikeouts.

Funderburk (0-1) took the loss and suffered a blown save. He pitched 2.1 innings and allowed four runs on two hits with two walks and three strikeouts.

The Captains avoided a sweep with the win over the Kernels and begin a three-game series against the Peoria Chiefs on Saturday night. First pitch at Classic Park is scheduled for 7:00 p.m.