ICYMI: Storm Lose 2-1 In Finale At The Diamond, Game Three Of Championship Series Friday In Visalia 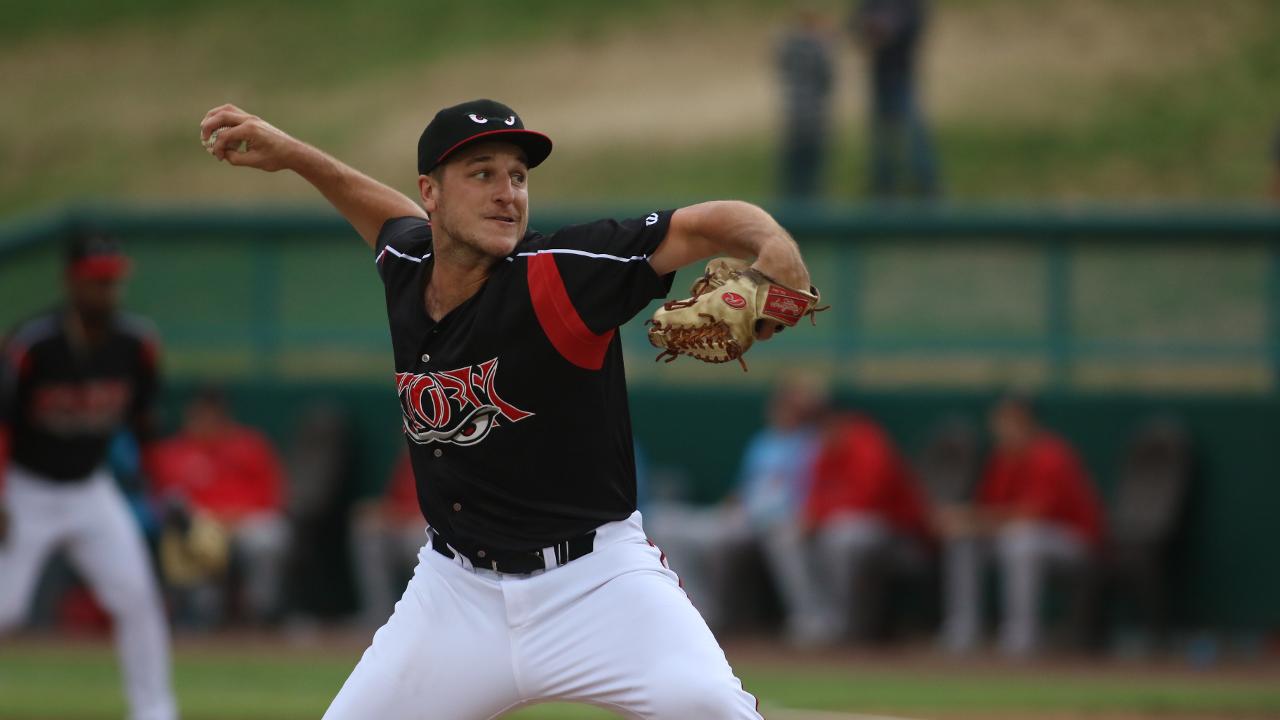 LAKE ELSINORE, Calif. - The Lake Elsinore Storm had nine walk-off wins in the regular season and one more versus Rancho Cucamonga in the South Division Finals, showing resilience and a comeback mentality that led to their first postseason appearance since 2014.

Seeking one more dramatic win at home in the final game at The Diamond in 2019, the Storm were unable to get the timely, late-inning hit in Game Two of the California League Finals, losing 2-1 to Visalia as the Rawhide evened the series at one game apiece.

After a 5-2 Game One win, the San Diego Padres' affiliate was looking to stay perfect at home in the playoffs and take a commanding lead in the best-of-five Championship Series.

On Wednesday night, in front of a spirited crowd of 1,640 fans, both teams scored a single run in the third inning with the opportunity for more. Visalia took the lead on a two-out, bases loaded walk charged to RHP Reiss Knehr, who was able to induce a force out at third to end the inning and limit the damage. Lake Elsinore lead-off hitter 2B Xavier Edwards singled to begin the home half of the third followed by an RBI double lined to the warning track in center field by CF Jeisson Rosario that tied the game 1-1. The Storm loaded the bases on a walk to SS Gabriel Arias and a hard-hit single to left field by 3B Eguy Rosario that brought RF Tirso Ornelas to the plate.

Ornelas, with a five-game playoff hitting streak, pulled a swinging-bunt bouncer up the first base line. Visalia RHP Ryan Weiss sprinted off the mound and made an athletic fielding play while simultaneously diving and throwing to catcher Jose Herrera for a force out at the plate. A force out at second base ended the third inning and the Storm would not score again.

Visalia RHP Cole Bartlett earned the win, working three shutout innings of two-hit relief as the visitors scored in the fifth inning to complete the scoring. Knehr was looking for his seventh consecutive out when cleanup hitter LF Eduardo Diaz hit a 3-2 pitch to the wall in right center field for a two-out triple. Diaz then scored the winning run on an infield single to the shortstop off the bat of 1B Yoel Yanqui as the Rawhide reclaimed the lead, 2-1.

The Storm threatened in the bottom of the eighth on a one-out walk to Arias and a two-out double down the left field line by Ornelas that put runners at second and third. Rawhide RHP Breckin Williams, who earned the save, entered the game and retired 1B Olivier Basabe on a pop up to 2B JanCarlos Cintron before working a scoreless ninth inning as Visalia earned the Game Two victory.

After a day off on Thursday, the series resumes on Friday, September 13 at 7:00pm at Visalia's Recreation Park. The Storm are seeking their fourth California League title and first since 2011. The Rawhide are in pursuit of their third championship in franchise history and first since 1978.

CF Jeisson Rosario: 2-4, one RBI, one double, one walk