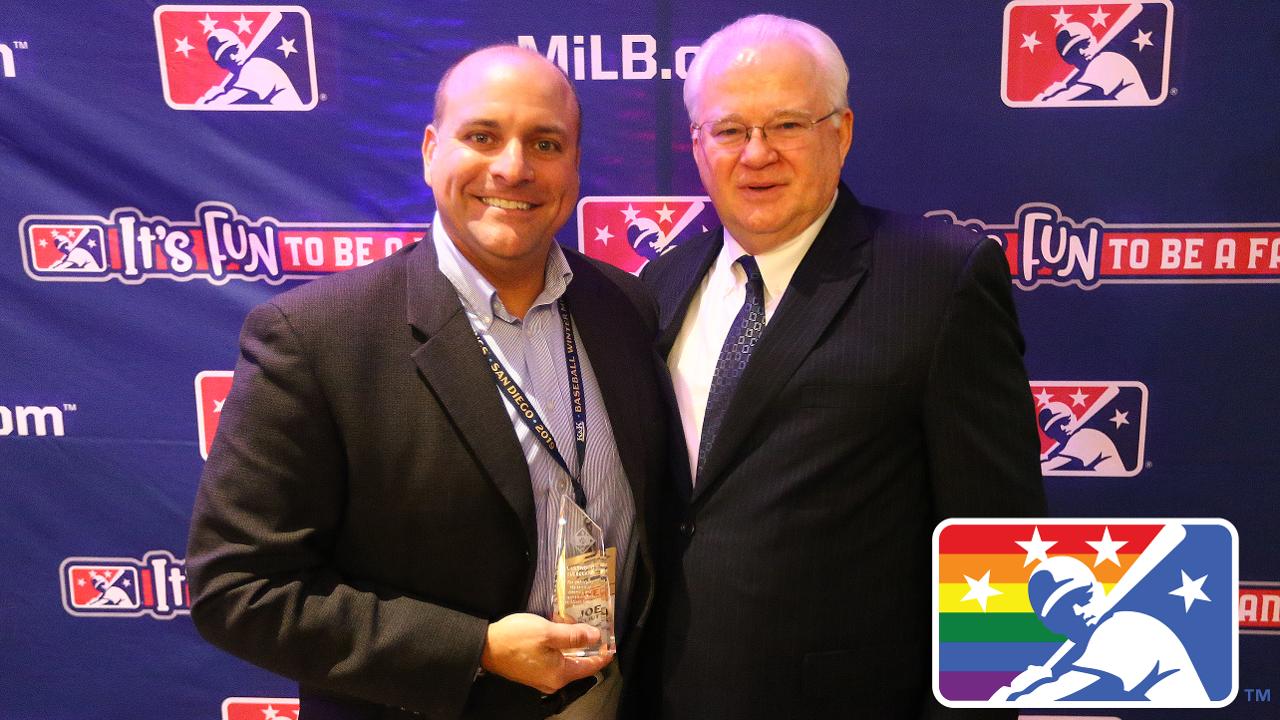 SAN DIEGO, CA - The BlueClaws received a Presidential Citation at the Baseball Winter Meetings in San Diego for their successful, sold-out, Pride Night in June.

"This citation comes to the BlueClaws specifically because of the support that we received from the Jersey Shore community - from the fans and partners - in the days leading up to Pride Night and including Pride Night itself," said Ricciutti. "We are honored to receive this citation from Minor League Baseball and look forward to expanding our Pride Night in 2020."

BlueClaws Pride Night will return in 2020, with the game set for Friday, June 12th. The night will once again include a BlueClaws Pride Night Hat Giveaway for the first 1,500 fans thanks to Coca-Cola. Fans will enjoy a night of post-game fireworks as well. This year, the BlueClaws players will be wearing special jerseys that will be auctioned off for charity.

The BlueClaws are the Jersey Shore's top stop for affordable, family entertainment.

Opening Night for the team's 20th season at the Shore is Thursday, April 16th. 2020 ticket packages and group outings are currently on sale by calling 732-901-7000 option 2 or online at BlueClaws.com.