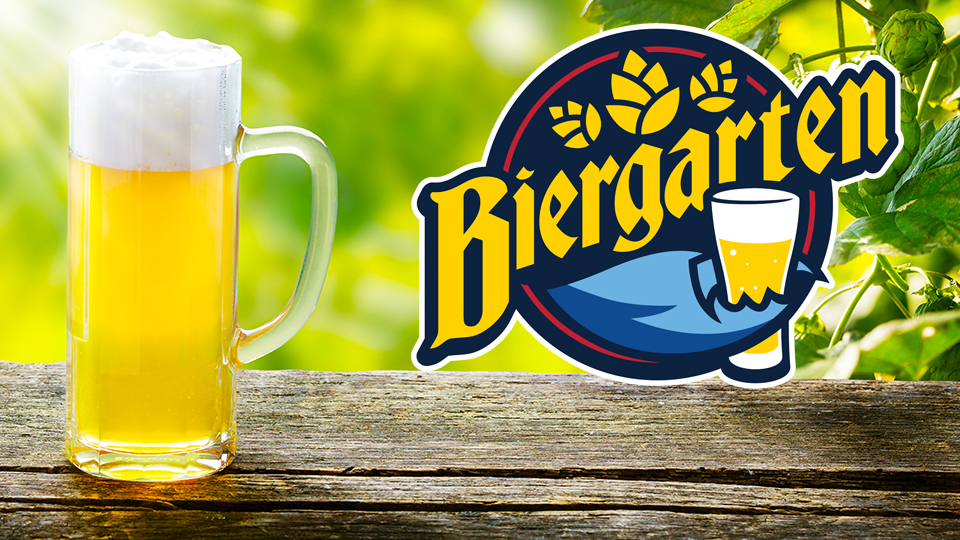 The BlueClaws are opening a new Biergarten at FirstEnergy Park!

LAKEWOOD, NJ - As part of a continuing wave of ballpark enhancements, the BlueClaws announced plans for a new BlueClaws Biergarten to debut on April 12th at the team's home opener.

The new Biergarten will be located down the left field line across from the Third Base Picnic Area. The Biergarten will serve as the new home of BlueClaws Thirsty Thursdays, presented by 95.9 WRAT, the biggest party at the Jersey Shore. Thirsty Thursdays include dollar Coors and Coors Light drafts, plus 50-cent wings from Quaker Steak & Lube (Thursday home games only).

This area will offer significantly expanded seating options, with both high-top and sit-down, picnic-style tables available. Further, the Biergarten, which will include the WRAT Trap, will have additional sales portables for speedier service. A variety of craft beers, including some local New Jersey brews from Shore Point Distributing, will be available at the Biergarten as well.

The BlueClaws previously unveiled the first phase of a major, multi-year capital investment plan that will include a family Mini Golf course as well as boardwalk games and attractions.

"We're very excited to continue this major capital improvement plan by opening an all-new BlueClaws Biergarten," said Joe Ricciutti, BlueClaws team President & General Manager. "Thirsty Thursdays are always some of our most popular nights of the year, and the new BlueClaws Biergarten will not only serve as a great location for those events, but we expect it to be a popular destination for fans throughout the season."

The new BlueClaws Biergarten will also include a stage for bands and play host to the Summer Concert Series, presented by Founders Brewing Company. At six Saturday home games, gates will open at 5 pm for two hours of live music and drink specials leading into that night's game. Each Summer Concert Series Night will conclude with a post-game fireworks show.

The 2018 Summer Concert Series, presented by Founders Brewing Company includes the following (all are Saturday nights with shows beginning at 5 pm and first pitch at 7:05 pm):

Single-game tickets, including tickets for all Summer Concert Series games, will go on sale beginning Saturday, March 24th at 10 am both online and in-person at FirstEnergy Park.

The BlueClaws are the Jersey Shore's top stop for affordable, family entertainment. Opening Night, presented by Jenkinson's Boardwalk, for the team's 18th season at FirstEnergy Park is Thursday, April 12th at 6:35 pm.