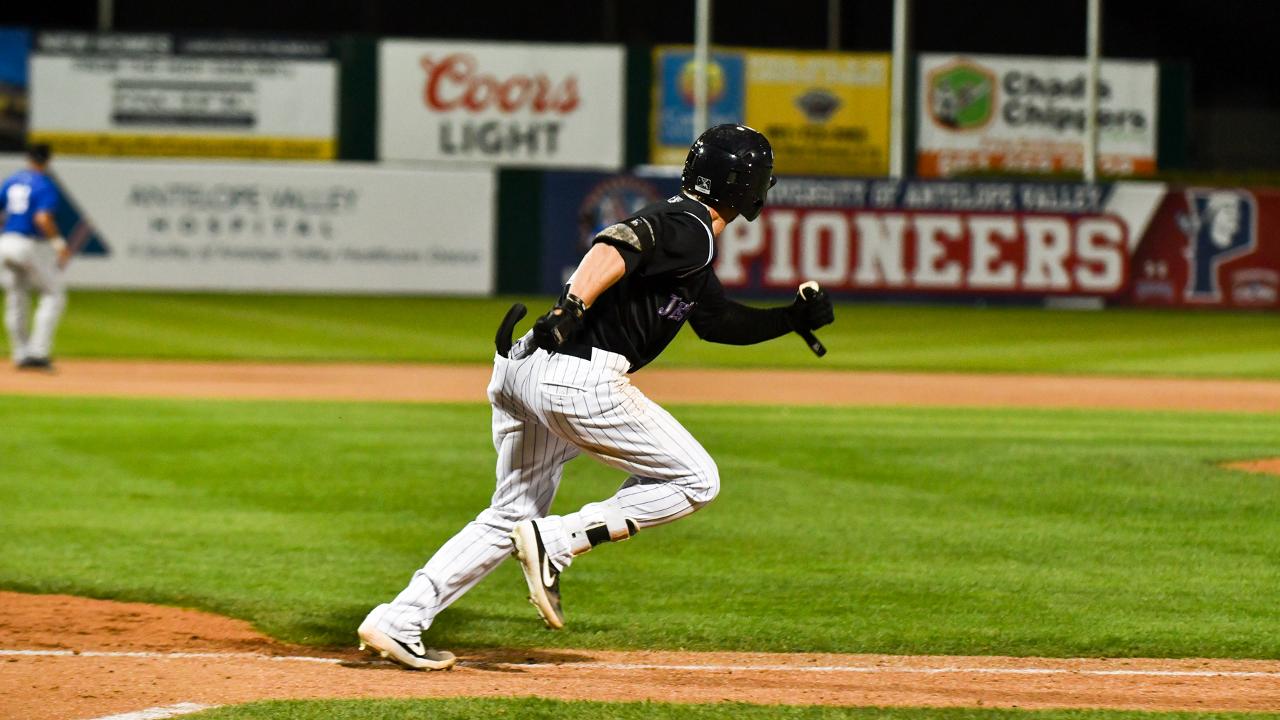 LANCASTER, Calif. - The San Jose Giants overwhelmed the JetHawks Saturday night, handing Lancaster a 17-5 defeat at The Hangar. It marks the third time in the team's last five home games that an opponent has scored 14 or more runs.

San Jose (10-14, 40-53) scored their first eight runs against Ryan Rolison (2-6). The Giants hit a pair of home runs in the second inning, and they scored three unearned runs in the third inning. Rolison could not record an out in the fifth inning, and was removed after three hitters.

Lancaster (14-10, 48-44) needed three pitchers to get through the fifth inning, as San Jose scored seven runs on six hits to pull away. It was the biggest inning of the season for a Lancaster opponent.

All but one San Jose hitter had at least one hit. Joey Bart led the way, going 4-for-6 with a home run and two runs batted in. Sandro Fabian drove in four runs.

Sean Hjelle (3-5) turned in a strong start for San Jose. The 6'11" right-hander allowed just two runs on six hits in six innings. He struck out seven and did not walk a batter. Both Lancaster runs against Hjelle came in the fourth inning.

Matt Hearn singled in the third inning, extending his hitting streak to 13 games. Hearn has had three separate hitting streaks of 10 or more games so far in 2019.

The JetHawks will try and rebound in game two of the series against San Jose Sunday. Antonio Santos (3-5) gets the ball for Lancaster against Aaron Phillips (5-6). First pitch from The Hangar is set for 5:05 pm.