Season ends with loss to Storm 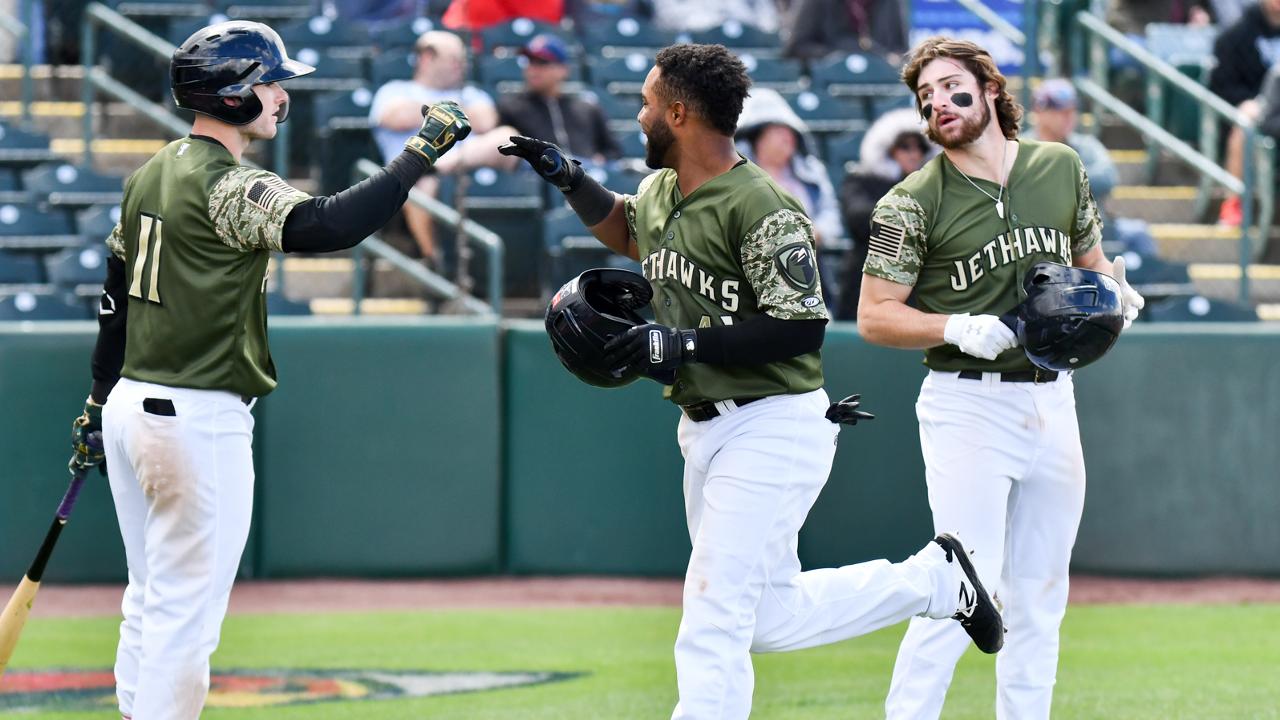 LAKE ELSINORE, Calif. - Luis Castro hit a big home runs, but the JetHawks lost a late lead and fell to Lake Elsinore, 4-3, Monday evening at The Diamond in the final game of 2019. Lancaster wraps up the season at 68-70, the team's first losing record since 2011.

Lake Elsinore (38-32, 73-65) scored an early run in the second inning, but Lucas Gilbreath did not allow any more in his last start of the season. He gave up just one run over seven innings while striking out eight.

The JetHawks (34-36, 68-70) took the lead in the sixth inning. With a man aboard and one out, Luis Castro mashed a two-run home run to left field. The Cal League's Co-MVP finishes the year with a league-best 25 home runs and 98 RBIs.

Luke Morgan led off the seventh inning with a double, scoring later on a wild pitch to give Lancaster a two-run lead. The JetHawks were in position to finish the season with a .500 record or better for an eighth-straight season.

But the bullpen faltered late against the Storm. Lake Elsinore put two on with one out against Nick Kennedy, and the JetHawks brought Nate Harris (4-6) in. A sacrifice fly made it a one-run game, and Gabriel Arias followed with a two-run home run to put the Storm in front, 4-3.

That would be the final as the JetHawks failed to score in the ninth inning. Cody Tyler earned the save and Mason Fox (2-0) got the win in relief.

Lancaster finished the season 3-8 in their final 11 games against Lake Elsinore. The Storm are headed to the playoffs for the first time since 2014.

The California League playoffs begin on Wednesday, but the season is over for the JetHawks. Lancaster is next in action April 9, 2020 to open next season at The Hangar.