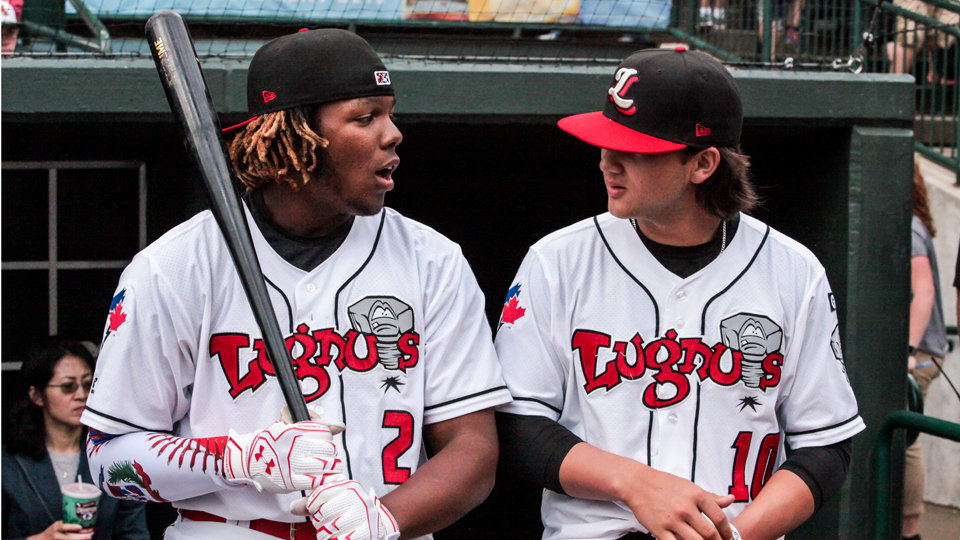 LANSING, Mich. - The Lansing Lugnuts' Bo Bichette has been voted the Midwest League's Most Valuable Player and Prospect of the Year for the 2017 season, as selected by the league's field managers, the MWL announced Friday.

Guerrero, 18, was also promoted to Dunedin on July 10th, leading the Midwest League at the time in strikeout/PA ratio and ranking second in on-base percentage and third in hits, walks and runs scored. In 71 games with the Lugnuts, he batted .316, bashing 21 doubles, one triple and seven homers, and collecting 40 walks compared to 34 strikeouts.

Both Guerrero and Bichette represented the Toronto Blue Jays at the MLB Futures Game in Miami, the youngest players on their respective teams. They are currently rated MLB Pipeline's No. 1 and 2 prospects in the Blue Jays' organization

The Lansing Lugnuts open a four-game homestand with the South Bend Cubs tonight at 7:05 p.m., a Family Faith Night with postgame LAFCU Fireworks. Lugnuts right-hander Osman Gutierrez (4-10, 7.88) takes on Cubs southpaw Manuel Rondon (11-6, 4.85). Tickets may be purchased at the Cooley Law School Stadium box office, by calling (517) 485-4500 or via lansinglugnuts.com.