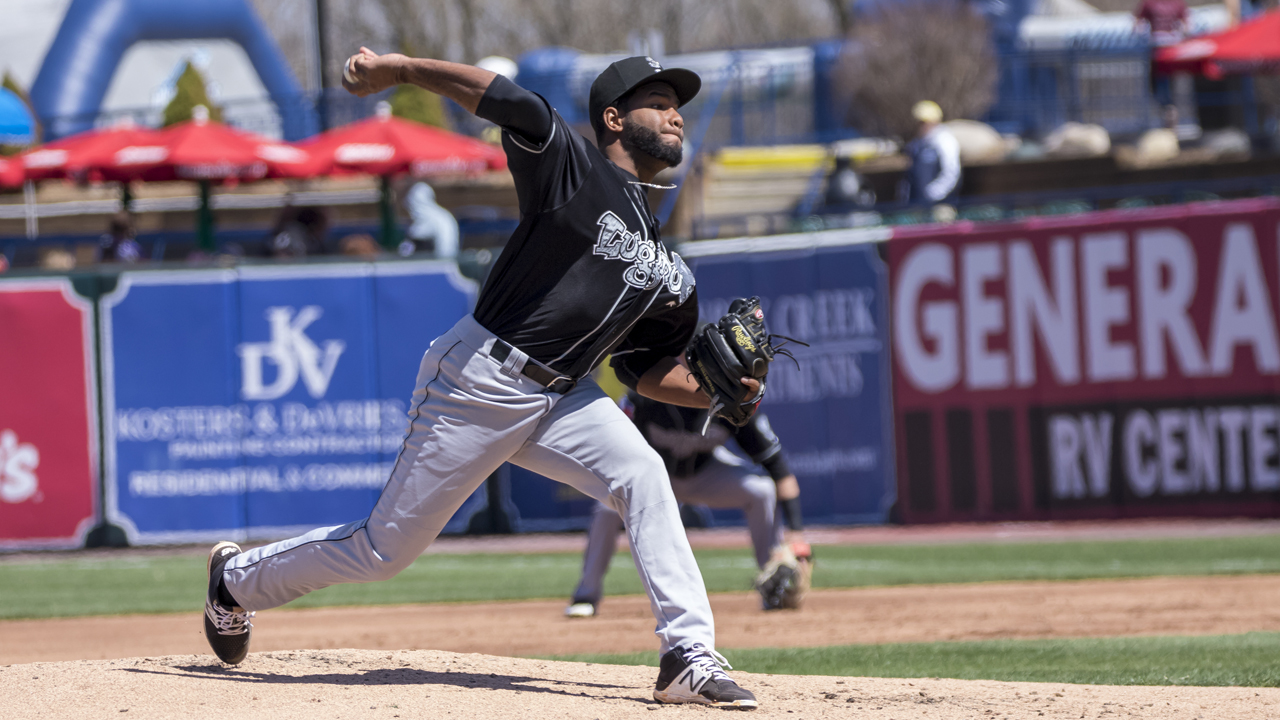 LANSING, Mich. - Behind a sterling effort from three pitchers, opportunistic offense from Kevin Smith , and one tremendous catch from Chavez Young , the Lansing Lugnuts (29-15) opened a four-game series with a 2-1 victory over the South Bend Cubs (17-25) on Monday night at Four Winds Field.

Yennsy Diaz (Win, 5-1) set the tone with six scoreless innings, limiting the Cubs to two hits and four walks while striking out six. It was the 21-year-old's fifth quality start of the season, leading the Lugnuts.

Smith put the Lugnuts ahead early, lining a two-out single in the first inning against Cubs starter Ricky Tyler Thomas (Loss, 2-4), moving to second on a wild pitch, and then stealing third base and coming home on a throwing error by catcher Miguel Amaya.

The Nuts increased their lead to 2-0 in the sixth inning, thanks to a Young leadoff triple and a Smith sacrifice fly.

In the seventh, South Bend mounted its first serious threat. Christian Donahue doubled with one out against reliever Andy Ravel . Rafael Narea then reached on a throwing error by third baseman Yeltsin Gudiño, advancing Donahue to third base. Zach Davis followed with an RBI single up the middle, cutting the Lugnuts' lead in half. Ravel struck out Chris Singleton for the second out. That brought up Jhonny Bethencourt, who drilled a Ravel delivery to deep right-center - only to see Young save the game for Lansing with a breathtaking diving catch, ending the inning.

Ravel worked a scoreless eighth, pitching around a two-out single, and Dany Jimenez tossed a 1-2-3 ninth for his first save, locking down the win.

The Lugnuts have held the Cubs to a combined six runs in their four meetings this year.

Both teams collected only five hits apiece, with Lansing catcher Andres Sotillo going 2-for-3 as the game's only multi-hit performance.

The next Lugnuts home game at Cooley Law School Stadium will be on Friday, May 25th, opening a seven-game homestand against the Fort Wayne TinCaps and Lake County Captains. To purchase tickets and live the Lug Life, visit lansinglugnuts.com or call (517) 485-4500.