Lehigh Valley is the first IL team to reach 10 wins 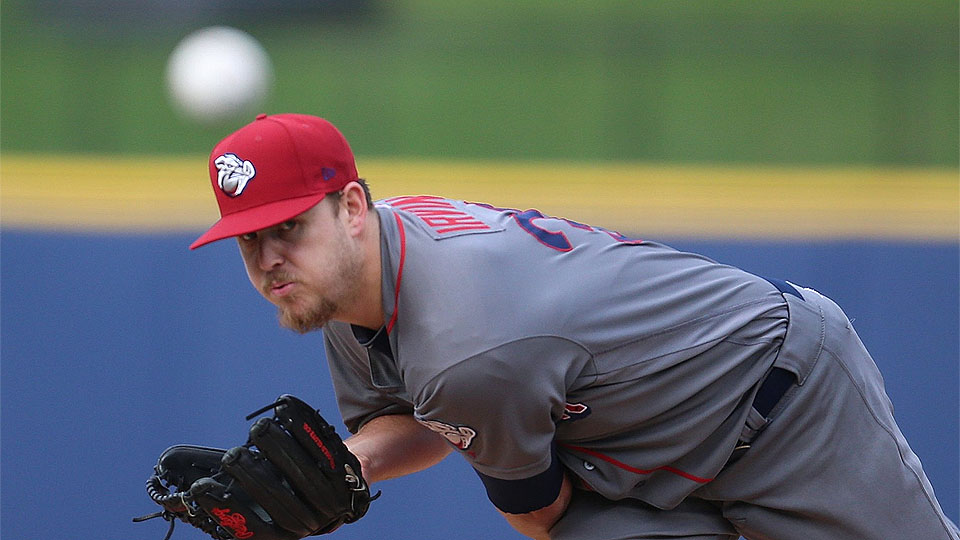 Cole Irvin pitched a gem in the opener of Wednesday's doubleheader. (Cheryl Pursell)

The Lehigh Valley IronPigs (10-3) defeated the Scranton/Wilkes-Barre RailRiders (8-6) in both games of their doubleheader on Wednesday night. They won both games 5-3.

The starting pitchers exchanged zeros in the until the top of the fourth inning. Catcher Deivy Grullon hit a two-run home run off Jonathan Loaisiga (0-1) to give the IronPigs a 2-0 lead. Zach Zehner brought in a run for the RailRiders in the bottom of the fourth inning by hitting a sacrifice fly. Loaisiga left the game after five innings.

Cole Irvin (1-0) was cruising along until the bottom of the seventh inning. Thairo Estrada reached with a two-out single and Trey Amburgey reached base on a fielding error by Sean Rodriguez. Mandy Alvarez then hit a two-run double that cut the IronPigs lead to 5-3 and chased Irvin out of the game. Edubray Ramos earned the save as he struck out Ryan McBroom looking to end the game.

The RailRiders jumped out to an early 2-0 lead after the bottom of the third inning as Gosuke Katoh and Cliff Pennington hit RBI singles off Tyler Viza. The IronPigs answered back in the top of the fourth inning. Lane Adams hit a two-run home run and Jan Hernandez followed with a three-run home run off Chance Adams to give the IronPigs a 5-2 lead.

The bullpen kept the game in check for the IronPigs until the RailRiders made things interesting in the bottom of the seventh inning. James Pazos allowed a run and left the game with the bases loaded. Edgar Garcia struck out Zack Zehner to close out the game and earn his first save of the season.

Tom Windle (1-0) earned the win by pitching 1 2/3 scoreless innings in relief of Viza.