Lehigh Valley now 7-1 on the road this season 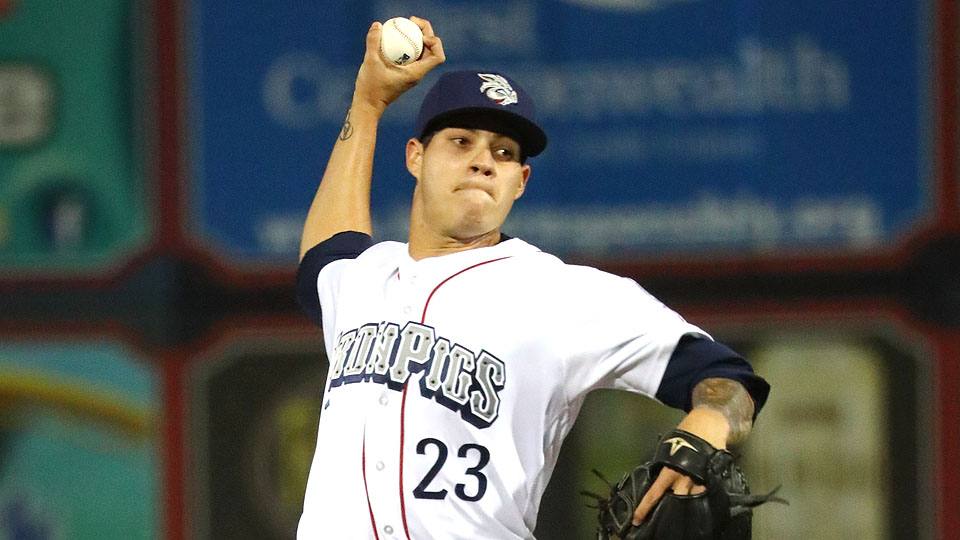 Yacksel Rios earned his first save of 2019 after tossing two innings to close out Wednesday's victory. (JJ Horvath)

Andrew Romine hit an RBI single off Teddy Stankiewicz (0-1) in the top of the third inning that scored Shane Robinson and gave Lehigh Valley a 1-0 lead. Deivy Grullon added a sacrifice fly off Stankiewicz in the inning to extend the lead to 2-0.

Dylan Cozens recorded a triple off Stankiewicz in the top of the fifth inning then scored on a throwing error by Josh Tobias that gave the Pigs a 3-0 lead.

Pawtucket got a run off Yacksel Rios in the bottom of the ninth inning as Jantzen Witte hit an RBI single that scored Rusney Castillo. Rios earned his first save of the season by striking out Oscar Hernandez to end the game.

The IronPigs play for the sweep at McCoy Stadium on Thursday afternoon. First pitch is scheduled for 12:05 p.m. The Pigs will return home Friday for a seven-game homestand against the Buffalo Bisons and Syracuse Mets.