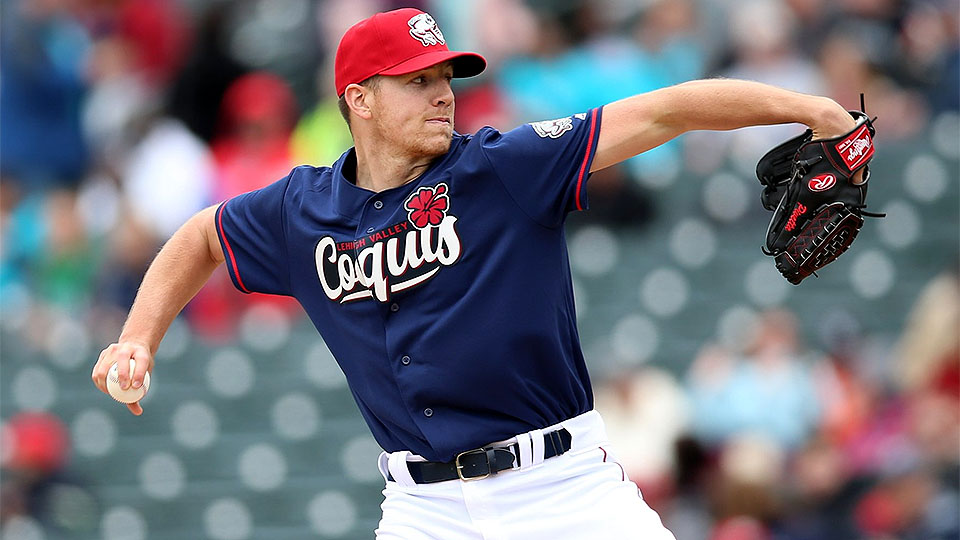 Andrew Romine provided the heroics on Sunday afternoon his walk-off RBI single off Justin Shafer (0-1) in the bottom of the ninth inning gave the Lehigh Valley Coquis a 6-5 win over the Buffalo Bisons. The Coquis also recorded a team-record 19 strikeouts, besting the previous record by one.

Rob Brantly hit an RBI single off former IronPigs pitcher Jacob Waguespack in the bottom of the first inning to give Lehigh Valley a 1-0 lead. Mitch Walding extended the Coquis lead to 4-0 by hitting a three-run home run off Waguespack.

Richard Urena got Buffalo on the board in the top of the fourth inning. He hit an RBI single off Pivetta to score Cavan Biggio and trim Lehigh Valley's lead to 4-1. Shane Robinson gave the Coquis a four-run lead once again in the bottom of the fourth as he hit an RBI single off Waguespack to score Damek Tomscha. Robinson extended his hitting streak to seven games with the single.

The Bisons cut Lehigh Valley's lead to 5-4 in the top of the seventh inning. Kyle Dohy entered the game to pitch in relief of Pivetta and didn't record an out. He walked the bases loaded before giving way to Tyler Gilbert. Gilbert walked Jonathan Davis, which scored Jordan Patterson for the first run of the inning. Lourdes Gurriel Jr. hit a two-run single with one out to score Andy Burns and Roemon Fields.

Buffalo tied the game at 5-5 off Austin Davis in the top of the ninth inning as Jonathan Davis hit an RBI double. Edgar Garcia (1-1) recorded the final two outs of the inning for Lehigh Valley for his first triple-A win.

The IronPigs continue their homestand on Monday evening at 7:05 p.m. as they welcome in the Syracuse Mets. Monday is Irish Heritage Night at Coca-Cola Park and a TD Bank Dog Day featuring $1 Berks hot dogs.

The 2019 IronPigs season is the team's 12th as the top affiliate for the Philadelphia Phillies and 12th at Coca-Cola Park. Follow the IronPigs on Twitter at @IronPigs and like them on Facebook via facebook.com/LHVIronPigs.