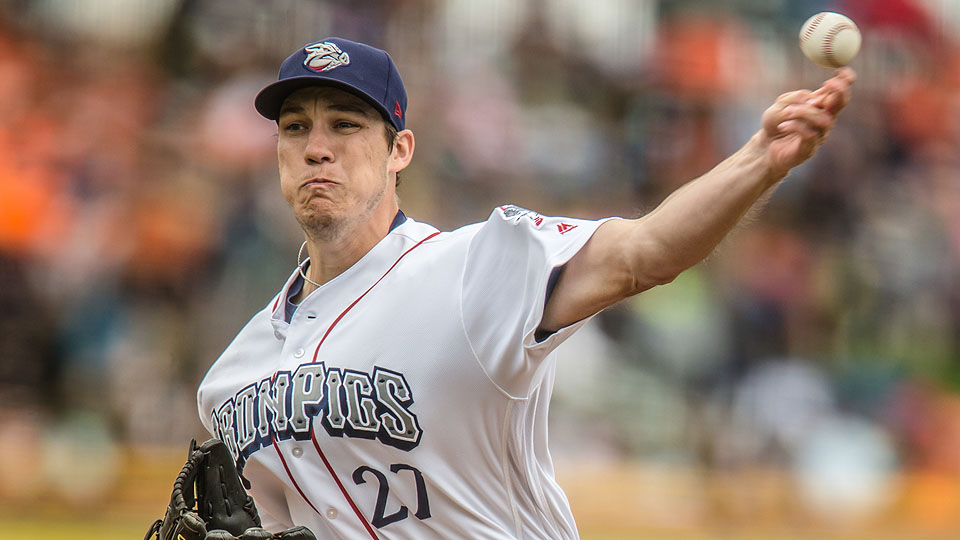 Pawtucket designated hitter Bryce Brentz had the game's biggest hit, a grand slam in the bottom of the fourth inning off Luke Leftwich (0-1). The grand slam gave the PawSox a 4-0 lead.

IronPigs starting pitcher Cole Irvin was pulled after three innings, but not due to ineffectiveness. He gave up just one hit and struck out one batter while facing ten batters.

Trevor Kelley earned his first save with Pawtucket by pitching 1 2/3 scoreless innings in relief.

Austin Romine hit an RBI single in the bottom of the first inning that gave the Pigs a 2-0 lead. Former IronPigs pitcher Jeremy Bleich (2-2) allowed three runs through two innings in making the start for Pawtucket.

Pawtucket did score a run against Tyler Viza in the bottom of the fourth inning as Jock Ockimey scored on an RBI groundout by Gorkys Hernandez.

Tom Windle (3-0) pitched a scoreless inning for the Pigs in relief of Viza. Josh Martin pitched 2/3 of an inning before Austin Davis closed out the game for Lehigh Valley, earning his second save of the season.

The Pigs and PawSox wrap up their series on Thursday morning at McCoy Stadium. First pitch is scheduled for 11:05 a.m.