It's not a traditional "walk-off," but it works for the Pigs 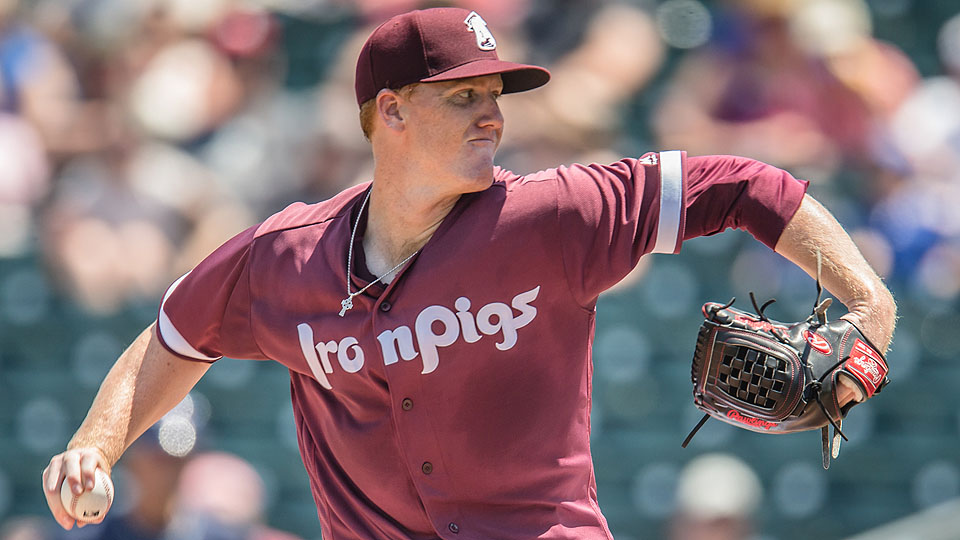 MOOSIC, Pa. - The Lehigh Valley IronPigs (28-25) avoided being swept Sunday afternoon as they beat the Scranton/Wilkes-Barre RailRiders (30-21) 6-5. They lead the IronRail series 5-4 and earn their 80th all-time win against the RailRiders.

The RailRiders scored their two runs in the bottom of the sixth inning on an RBI groundout by Logan Morrison and an RBI single by Trey Amburgey. Eshelman left the game after six innings, in which he allowed two runs off six hits with two walks and five strikeouts.

Lehigh Valley scored three runs off J.P. Feyereisen to take a 5-2 lead in the top of the seventh inning. Malquin Canelo hit a go-ahead RBI double with two outs that was followed by a two-run double by Adam Haseley.

Trey Amburgey hit a game-tying three-run home run off Luke Leftwich in the bottom of the eighth inning. Tom Windle (4-0) entered the game to record the final two outs in the inning.

Joe Harvey (0-1) struggled for the RailRiders in the top of the ninth inning as he issued four walks. The final walk to Romine allowed the IronPigs to take a 6-5 lead.

Seth McGarry earned his first triple-A save as he closed out the game in the bottom of the ninth inning.

The Pigs continue their road trip on Monday evening as they begin a two-game series with the Pawtucket Red Sox. First pitch is at 6:05 p.m.