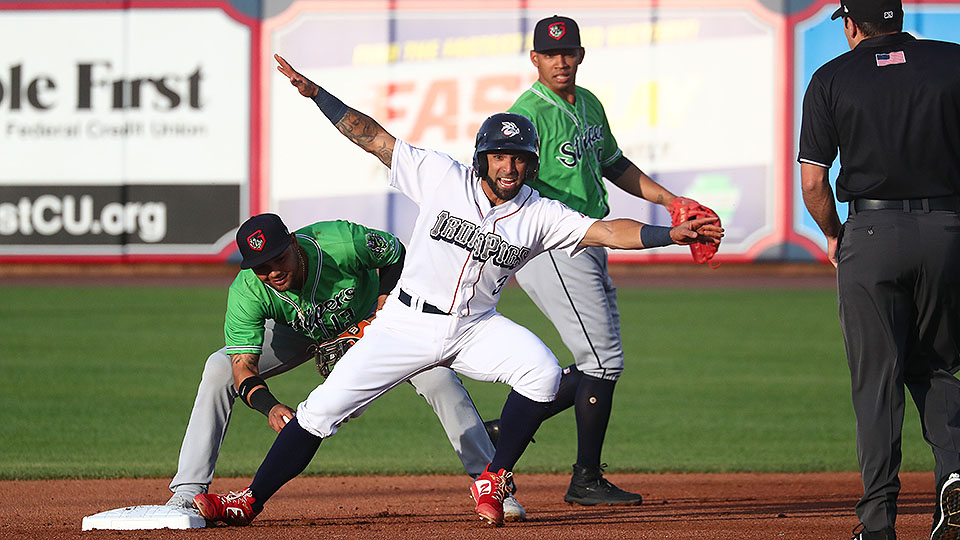 The IronPigs took a 4-0 lead against Bryse Wilson (3-6) in the bottom of the first inning. Ali Castillo singled with one out then advanced to second base on a fielding error by Andres Blanco. Jan Hernandez reached on a fielder's choice to keep the inning alive with one out. Mitch Walding hit a two-run single that was followed by Damek Tomscha's two-run single. Both RBI's came with two outs.

Luke Leftwich, Tom Windle and Kyle Dohy proceeded to pitch scoreless innings in relief of De Los Santos. Walding homered off Rafael De Paula in the bottom of the eighth inning to give Lehigh Valley a 5-0 lead.

Ryan LaMarre hit an RBI single off Seth McGarry in the top of the ninth inning to give the Stripers their lone run of the game. Yacksel Rios recorded the final out of the game to earn his sixth save of the season.

The IronPigs and Stripers play at 7:05 p.m. on Wednesday at Coca-Cola Park.