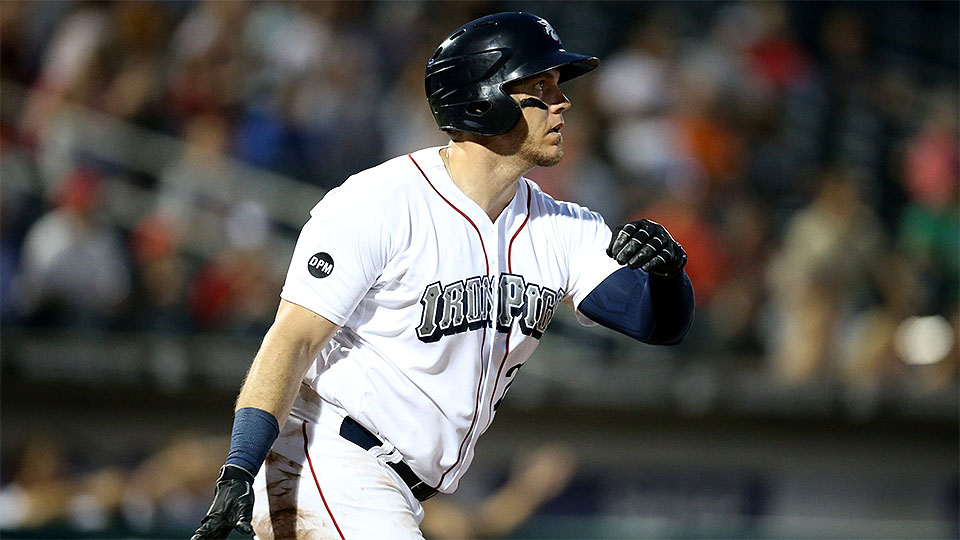 Logan Morrison hit a go-ahead three-run home run off Keury Mella (7-11) in the bottom of the fifth inning to give the Lehigh Valley IronPigs (54-58) a 5-4 lead. They would hold on to beat the Louisville Bats (47-67) by that same score Tuesday night at Coca-Cola Park.

Rob Refsnyder hit a home run off Cole Irvin (5-0) in the top of the second inning to give Louisville a 1-0 lead. The IronPigs answered back with an RBI single by Andrew Romine against Mella in the bottom of the fourth inning to tie the game at 1-1.

The Bats scored three more runs off Irvin in the top of the fifth inning to take a 4-1 lead. Mitch Nay scored on a fielding error by Austin Listi then Nick Longhi scored on an RBI groundout by Narciso Crook. Christian Colon hit an RBI single to score Jose Siri for the third and final run of the inning.

All four runs came with two outs in the bottom of the fifth inning. Deivy Grullon hit an RBI single off Mella to score Phil Gosselin. Nick Williams was on base, having reached via a single. Then all three runners scored on Morrison's home run.

Connor Brogdon pitched two scoreless innings and recorded two strikeouts. Edgar Garcia earned his sixth save of the season by pitching a scoreless top of the ninth inning.

The IronPigs and Bats play at 7:05 p.m. on Wednesday evening at Coca-Cola Park. Wednesday will be Faith Night at Coca-Cola Park featruing postgame testimonials from IronPigs players Shane Robinson and Austin Davis. Before the game, 3,000 adults (18 and older) will receive a T-Shirt presented by IGS Energy.