IronPigs raise more than $26K on 'Strike Out Cancer' Night 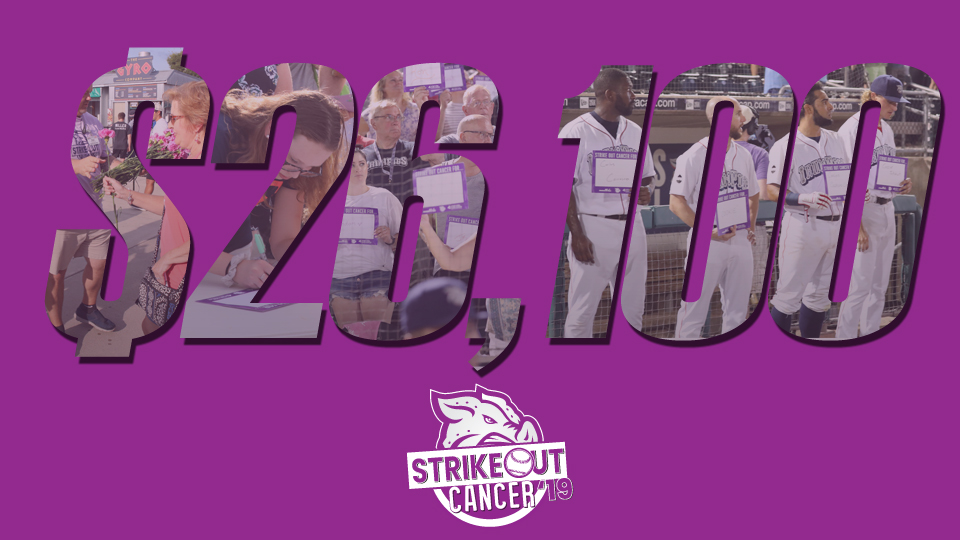 For the second straight season, IronPigs fans, Air Products, the Lehigh Valley Health Network Cancer Institute, our sponsors and the entire Lehigh Valley Cancer Community made this night a memorable one", said IronPigs President and General Manager Kurt Landes. "The entire community came out in such a strong way and we couldn't be more thankful for the impact this night has made in the community and in helping to raise valuable funds for the fight against cancer."

Nine local organizations - Pediatric Cancer Foundation of the Lehigh Valley, Angel 34 Foundation, Life Always Facing Forward, Julia's Grace Foundation, Cancer Support Community, Dream Come True, Boutique at the Rink, Women's 5K Classic and the American Cancer Society were on-hand to help make this night memorable for the 8,551 fans who were in attendance on Tuesday evening. Each organization will share in the proceeds in helping to further their specific missions.

The highlight of the night, in the middle of the 5th inning, featured every fan in attendance standing in silence holding their "Strike Out Cancer" placard honoring their loved ones who are battling or have battled cancer.

The team also hosted a raffle and sold a unique Purple Ribbon Drink Special throughout the game with all proceeds supporting "Strike Out Cancer."