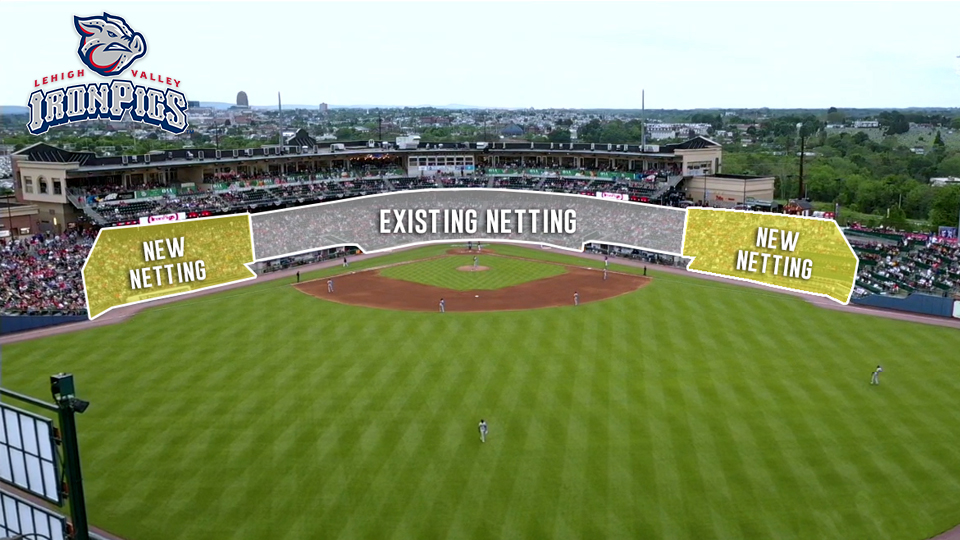 The Lehigh Valley IronPigs will extend the protective netting farther down both the first- and third-base lines at Coca-Cola Park. The netting will now provide protection for mostly every seat in the lower seating bowl. The installation is scheduled to be completed by Opening Day.

"Safety of our fans will always be top priority at Coca-Cola Park," stated IronPigs President and General Manager Kurt Landes. "By us extending the netting farther down the first- and third-base lines, this will further ensure our fans' safety."

This is the third time since 2017 the protective netting will be extended towards the foul poles. In response to highly publicized incidents throughout Major League Baseball, the sport continues to review and update netting systems in ballparks across the country to improve fan safety.

The new product also continues to have the following protective features:

The 2020 IronPigs season is presented by Capital BlueCross.