The move prevents the Camarillo, California native from being selected in the Rule 5 Draft 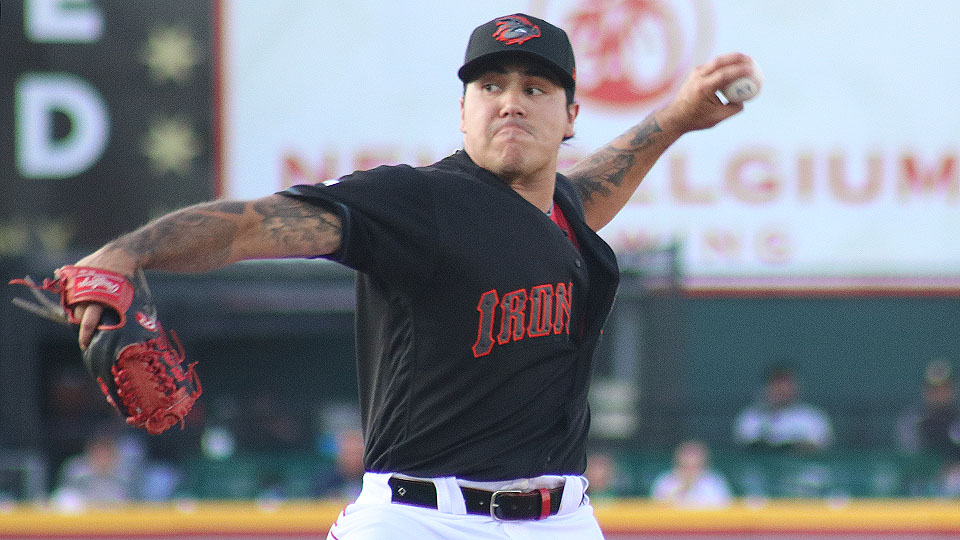 The Philadelphia Phillies announced pitcher JoJo Romero, a member of the 2019 Lehigh Valley IronPigs, was added to their 40-man roster Wednesday evening. Romero appeared in 13 games for the IronPigs during the 2019 season.

Romero had a tough start, going 2-2 with a 9.64 ERA in his first seven starts. He struck out 22 batters in 28 innings but gave up 44 hits and issued 19 walks. The left-handed starter was then assigned to Reading (AA) on May 18 and wasted no time making an impact that got him recalled to Lehigh Valley. He made 11 Double-A starts and struck out 52 batters in 57 2/3 innings while issuing just 12 walks.

The left-handed starter pitched his best outing of the season with the IronPigs on August 3 in Scranton/Wilkes-Barre against the RailRiders. He allowed just two runs over six innings and earned the win as the IronPigs defeated the team up north 11-8.

Romero features a full arsenal of effective pitches and will look build on his strong finish in 2020. He features a four-seam fastball, a two-seam fastball, a cutter, a curveball and a change-up. His fastball can reach up to 95-mph and he has been able to mix in his breaking ball and change-up effectively when needed.

Romero is currently ranked 10th overall in the Phillies Top-30 Prospect List according to MLB Pipeline. He was drafted by the Phillies in the fourth round of the 2016 Major League Baseball Draft out of Yavapai Junior College in Arizona. He was assigned to Williamsport (A) in 2016 and moved his way up through the Phillies system. He pitched Lakewood (A) and Clearwater (A+) in 2017 and Reading (AA) in 2018. He's 26-20 with a 3.69 ERA in 75 starts throughout his minor league career.

Cleavinger: Spent all of the 2019 season with the Reading Fightin Phils. He appeared in 34 games and pitched to a record of 3-2 with a 3.66 ERA. He struck out 83 batters over 51 2/3 innings while issuing 34 walks. He looks to be a member of the IronPigs pitching staff in 2020. He was acquired by the Phillies in 2017 from Baltimore along with LF Hyun Soo Kim and future considerations for RHP Jeremy Hellickson and cash.

Llovera: Spent all of the 2019 season with the Reading Fightin Phils. He appeared in 14 games and made 12 starts for the R-Phils. Llovera pitched to a 3-4 record with a 4.55 ERA and recorded 72 strikeouts in 65 1/3 innings. The Venezuela native will look to make the IronPigs pitching staff out of spring training for the 2020 season.

Sanchez: The left-hander was acquired on Wednesday evening from the Tampa Bay Rays in exchange for infielder Chris Mead. He made one appearance for the Durham Bulls (AAA) in 2019, while spending most of the season splitting his time with Bowling Green (A) and Charlotte (A+). Combined, he pitched to a 4-1 record with a 2.26 ERA in 24 games and 10 starts this past season.