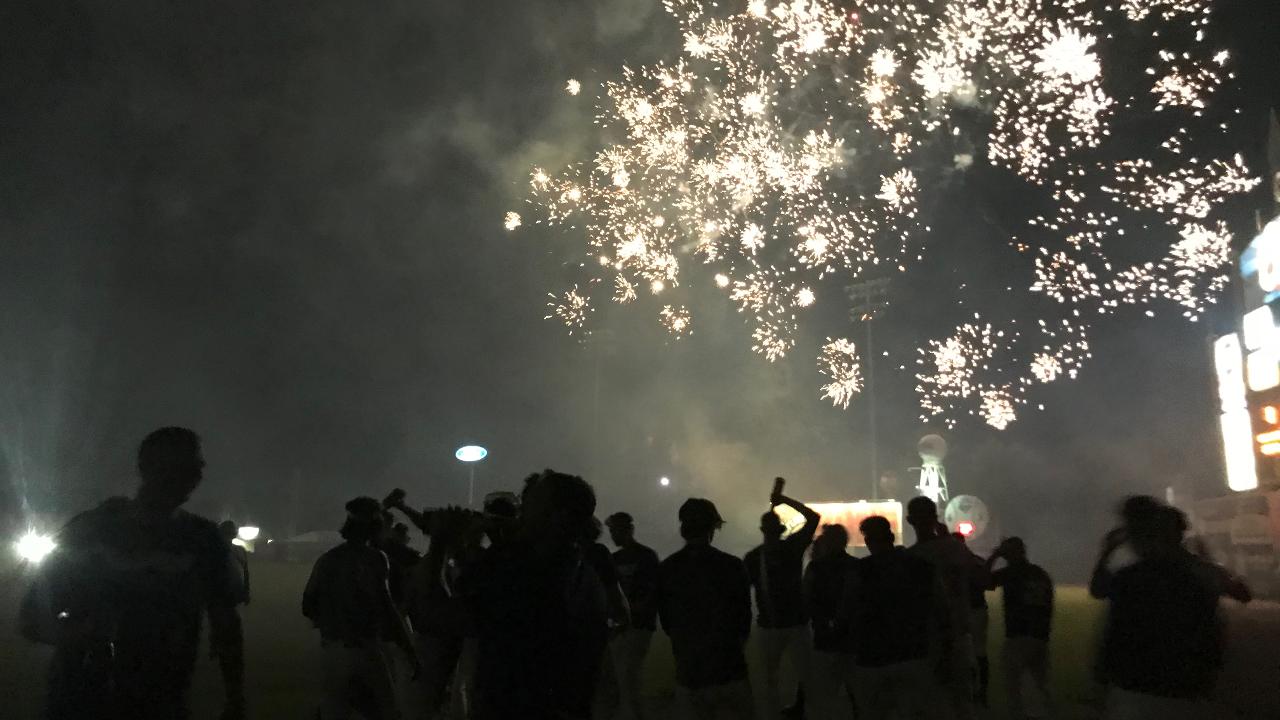 WHITAKER BANK BALLPARK (Lexington, KY) - The Lexington Legends clinched a spot in the South Atlantic League Championship with a 4-2 victory over the Augusta GreenJackets. With the Southern Division conquered, the Legends next look to the Northern Division. Lexington will face the Hickory Crawdads, single-A affiliate of the Texas Rangers beginning Monday, September 9th. Lexington will return to Whitaker Bank Ballpark Thursday, September 12th.

Lexington was the first to strike in the bottom of the fourth inning. Rubendy Jaquez led off with a solo home run to right field. Jeison Guzman then single to left field and Eric Cole drew a walk. Guzman scored on a wild pitch. Nate Eaton singled home Cole and the Legends led, 3-0.

The GreenJackets scored their only runs in the bottom of the fifth inning. Jacob Gonzalez and Franklin Labour reached on back-to-back singles then scored on a two-run double to left field by Simon Whiteman and Augusta trailed, 3-2.

The Legends plated their final run in the bottom of the eighth inning. Jaquez singled to right field then advanced to second when Guzman drew a walk. Jaquez swiped third base then scored on a wild pitch.

Former Kentucky Wildcat, Zach Haake, tossed the first 4.1 innings allowing two runs on six hits while walking one and striking out seven. Daniel James was awarded the victory, pitching 2.2 perfect innings in relief. Brandon Marklund was given the save pitching 2.0 shutout innings allowing one hit while walking one and striking out two.

Tickets are now on sale for the South Atlantic League Championship series at Whitaker Bank Ballpark box office or www.lexingtonlegends.com.