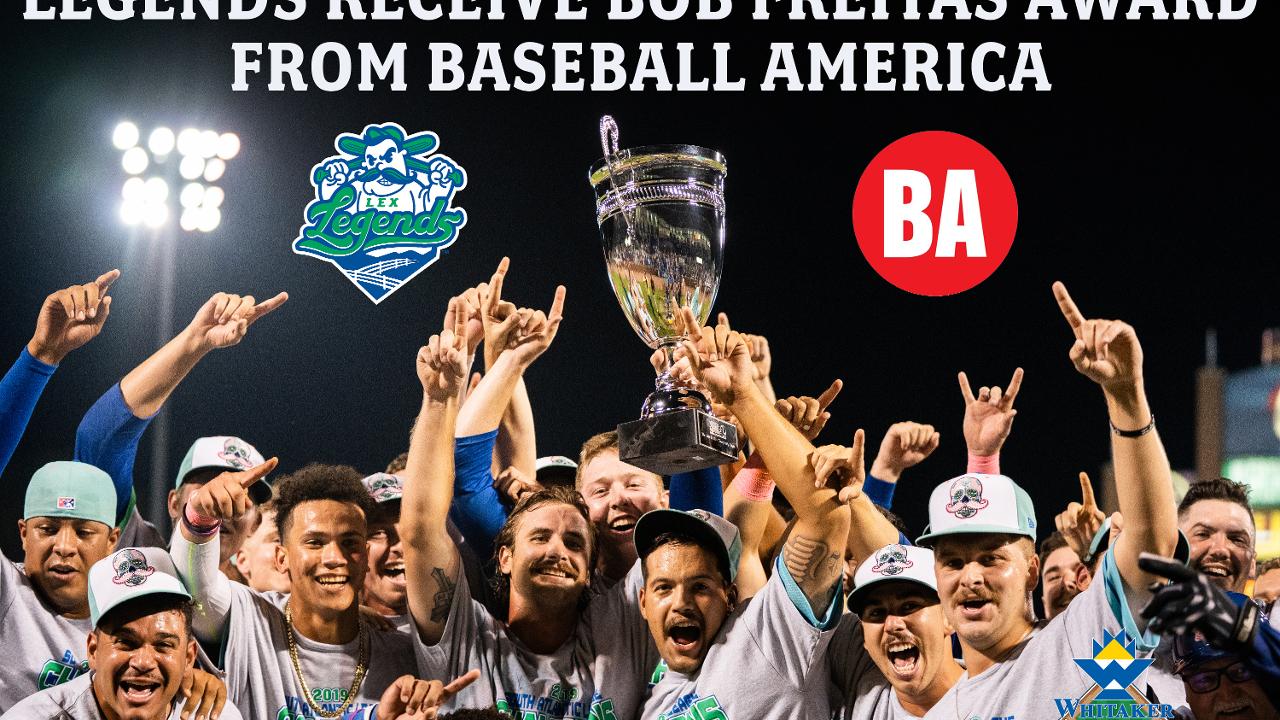 WHITAKER BANK BALLPARK (Lexington, KY) - The Lexington Legends are excited to receive one of the greatest honors in Minor League Baseball. Baseball America has named the Legends as the 2019 Single-A recipient of the prestigious Bob Freitas Award.

"This is a tremendous honor for the Legends," said Legends President/CEO, Andy Shea. "The Bob Freitas Award is one of the highest awards in Minor League Baseball. This recognition is indicative of our longstanding commitment to our community and wonderful fans we welcome through the gates each game."

The Bob Freitas award is given to the team that has continued, long-term business success, consistent operational excellence and is a key contributor in the community. The Legends were chosen out of 60 Single-A Minor League teams.

The Legends also support a multitude of local youth softball and baseball teams through the Legendary Leagues program. They supported 16 different leagues in the past year, with the money to be used for uniforms, field improvements, or whatever else the league needs. Each league also receives a 1,000-person league night at the ballpark, further instilling excitement about professional baseball.

In their seventh season as an affiliate of the Kansas City Royals, the Legends also had tremendous success on the field. They have won back-to-back South Atlantic League Championships, and have seen many top prospects come through Lexington.

The full story in Baseball America can be found here.

The Legends, a Class A affiliate of the Kansas City Royals and member of the South Atlantic League, play all home games at Whitaker Bank Ballpark in Lexington, Kentucky. The Legends are three-time SAL champions, going back-to-back in 2018 and 2019. For ticket information, call (859) 422-7867 or visit LexingtonLegends.com.