Nitro Circus' Action-Packed "YOU GOT THIS" Tour Is Headed To Whitaker Bank Ballpark On Saturday May 16th, 2020 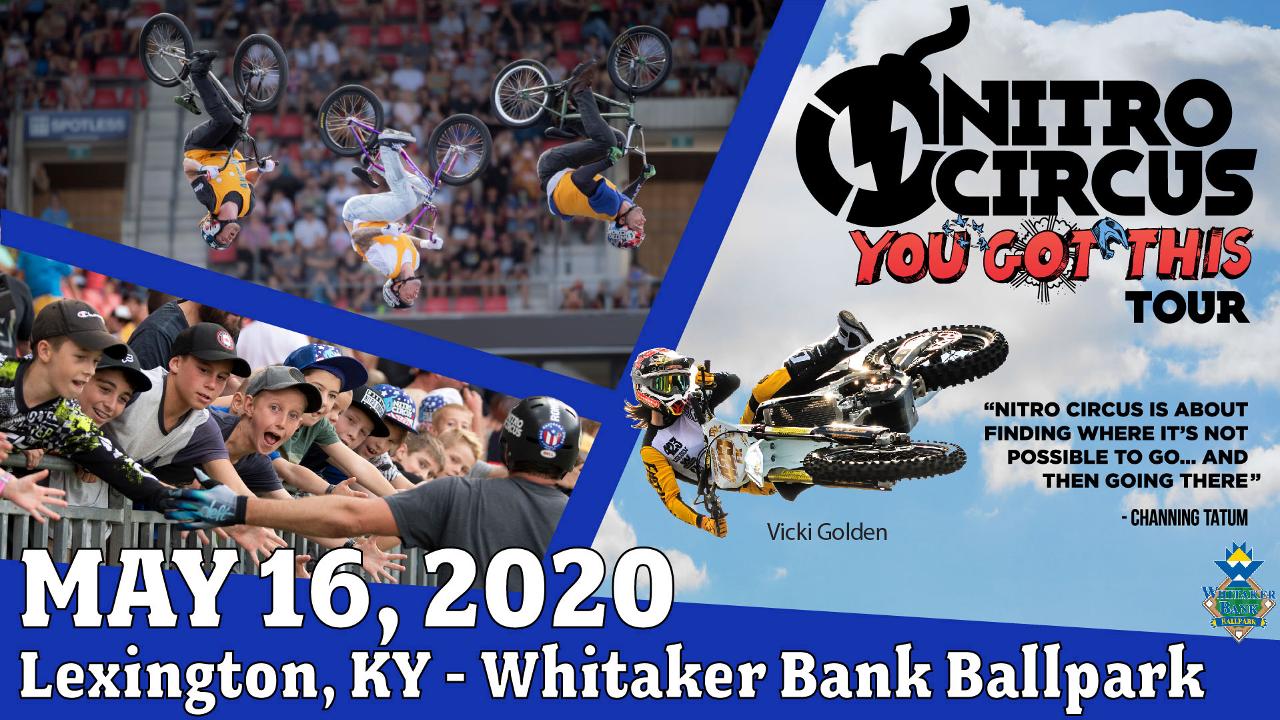 Lexington, KY - As spring temperatures heat up so will the action as Nitro Circus is headed across North America with its explosive 'You Got This' tour, and the only way to truly experience it is live. Witness Nitro's thrill-loving daredevils brave the world's largest jumps - including the world-renowned Giganta ramp, one of the largest action sports ramps in the world -- as they launch close to five stories into the air. Be there live when they attempt the craziest stunts imaginable on contraptions you never imagine could fly! With no roof there are no limits. These real-life action heroes are sure to inspire fans of all ages as they push the limits with record-breaking attempts every night. This is the show of the year you cannot miss! Need a taste? Click here

"We are thrilled to continue to bring world-class experiences to Kentucky. Nitro Circus will provide an exhilarating night at Whitaker Bank Ballpark that the whole family can enjoy," said Legends President/CEO, Andy Shea.

About the Lexington Legends

The Legends, a Class A affiliate of the Kansas City Royals and member of the South Atlantic League, play all home games at Whitaker Bank Ballpark in Lexington, Kentucky. The Legends are three-time SAL champions, going back-to-back in 2018 and 2019. For ticket information, call (859) 422-7867 or visit LexingtonLegends.com.