The starting pitcher was stellar in 2 outings, striking out 19 and helping set a franchise record 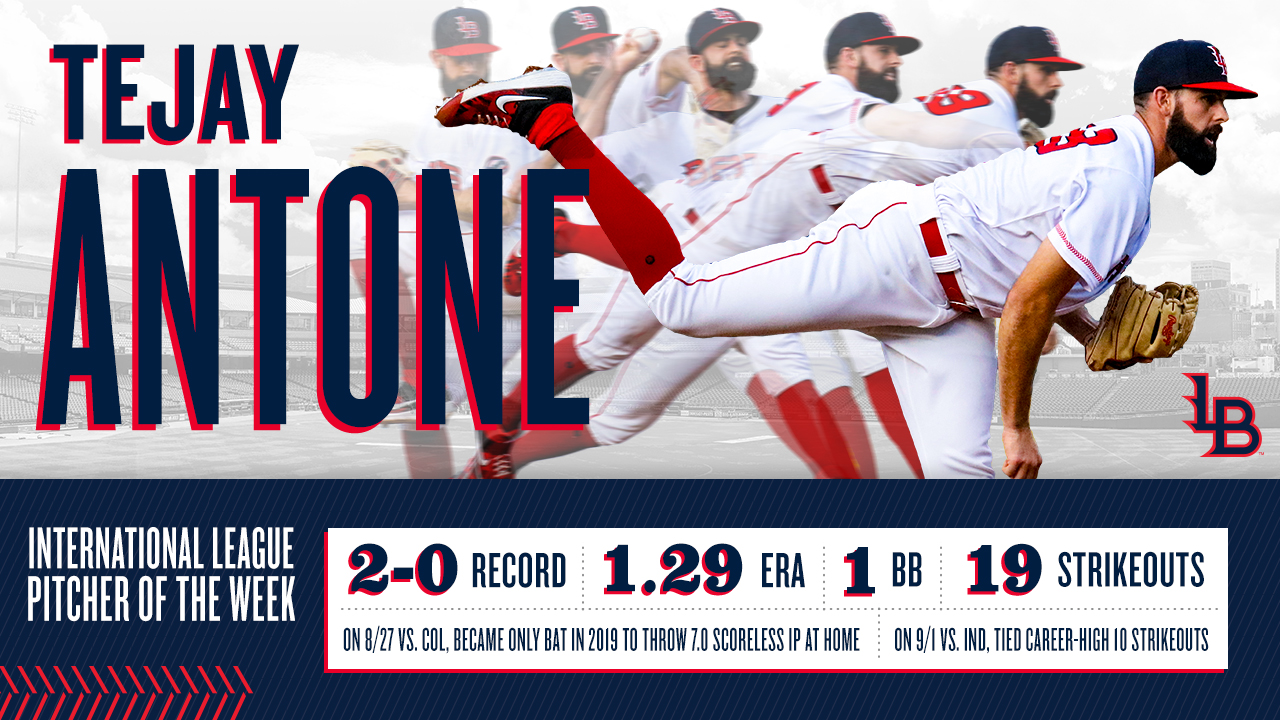 Louisville Bats starting pitcher Tejay Antone has been named the International League Pitcher of the Week for August 26-September 1.

On September 1 vs. Indianapolis, Antone went 7.0 innings for the second straight start, allowing a pair of runs on 3 hits, walking none and striking out 10 in an 8-2 Bats win. The 10 strikeouts tied a career-high, and his ninth of the game set a Louisville franchise single-season record with its 1,130th strikeout.

The 25-year-old is the third Bats pitcher, and second in the last 3 weeks, to win the IL Pitcher of the Week award this season. Antone joins fellow right-handers Lucas Sims (July 1-7) and Vladimir Gutierrez (August 12-18).