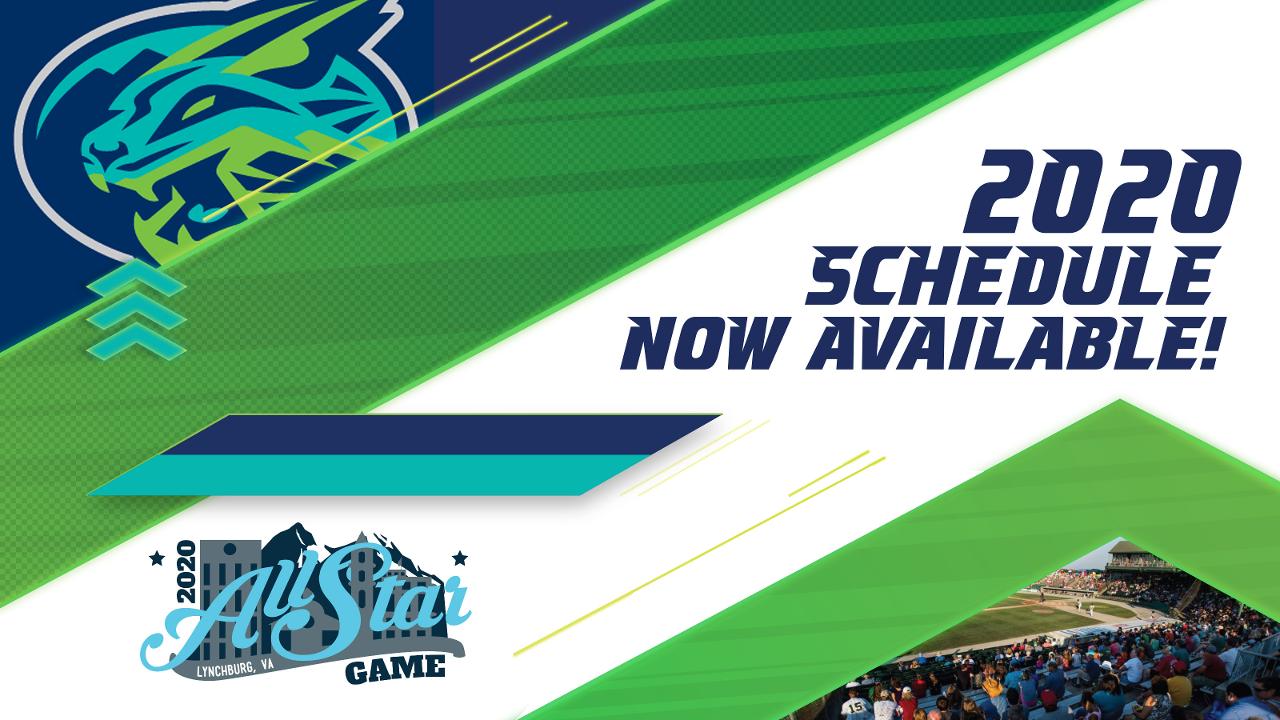 Lynchburg, Va. -  The Lynchburg Hillcats, A-Adv. affiliate of the Cleveland Indians, have announced their 2020 Carolina League schedule, which begins on Thursday, April 9 in Salem, for a four-game series against the Red Sox. Lynchburg's home opener is slated for Monday, April 13 against another North Division rival in the Frederick Keys.

Lynchburg will host their popular Independence Day celebration at City Stadium on Saturday, July 4, entertaining the defending Carolina League Champion Wilmington Blue Rocks, in the opener of a three-game series. Other key home dates include Mother's Day on Sunday, May 10 against Salem, and Father's Day on Sunday, June 21 in the first half finale against Frederick. The Hillcats are also home for Memorial Day on Monday, May 25 versus the Blue Rocks, as well as Labor Day on Monday, September 7 against the Fayetteville Woodpeckers, which also marks the final game of the regular season.

Different from last season, the Carolina League reshuffled its scheduling to allow clubs the opportunity to play more divisional contests. Overall, 74 of the Hillcats 140 games come against North Division competition in 2020, compared to just 55 in 2019.

All game times at City Stadium in 2020 will be announced at a later date. A printable version of the Hillcats' 2020 schedule can be found here and is also attached to this release.