Former Tribe farm hand pitched for the Hillcats in 2016 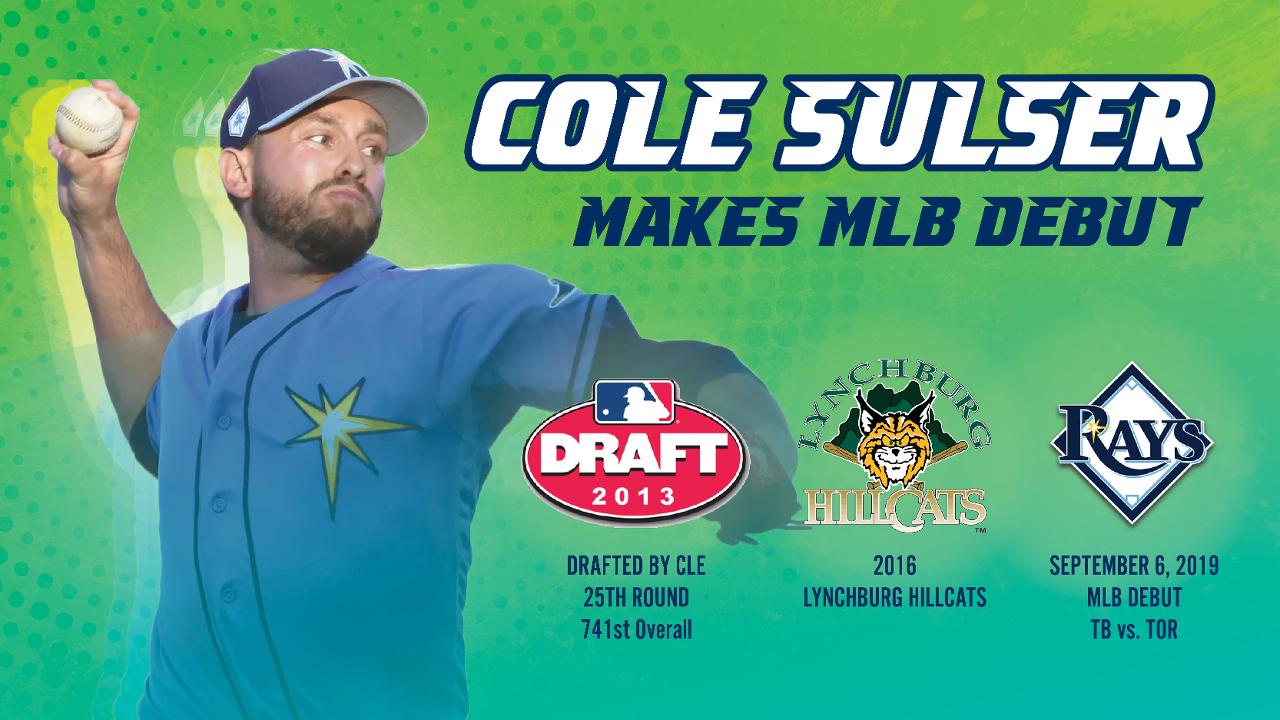 Lynchburg, Va. -  Former Lynchburg Hillcats right-hander Cole Sulser made his Major League debut for the Tampa Bay Rays on Friday, September 6, against the Toronto Blue Jays. He entered the game in the eighth inning and pitched a scoreless frame, including a strike out of the first hitter he faced in Rowdy Tellez. The Rays blanked the Blue Jays, 5-0, at Tropicana Field.

The Poway, Calif. native was drafted by the Indians in the 25th Round of the 2013 MLB Draft after playing his college ball at Dartmouth. The right-hander was traded to Tampa Bay as part of a three-team deal between Cleveland, Tampa Bay and Seattle on December 13, 2018.

Sulser appeared in 12 games in a Hillcats uniform during the 2016 season. Pitching exclusively in relief, he went 1-1 with a 4.12 ERA across 19.2 innings, striking out 25 batters with just four walks over that span. Sulser spent the majority of the 2016 campaign with Double-A Akron, where he logged a 1-4 mark with a 4.81 ERA in 28 games (two starts) for the RubberDucks.

After pitching in Triple-A Columbus in the Indians organization for most of the 2017 and 2018 seasons, Sulser remained at the same level when he joined Tampa Bay in 2019. Pitching for Triple-A Durham, the 29-year-old posted one of the best years of his career. He appeared in a career-high 49 games (four starts), going 6-3 with a 3.27 ERA over 66 frames. He fanned 89 batters, good for a strikeout rate of 12.14/9IP, the best of his career in any full season. International League hitters batted just .208 against him, another career mark for Sulser.

Sulser was one of the best pitchers in Dartmouth history. His 20 wins over four years rank as the second most all-time for the Big Green. He overcame two Tommy John surgeries (one in 2012 and another in 2015) and played seven Minor League seasons before his call-up to The Show on September 2.