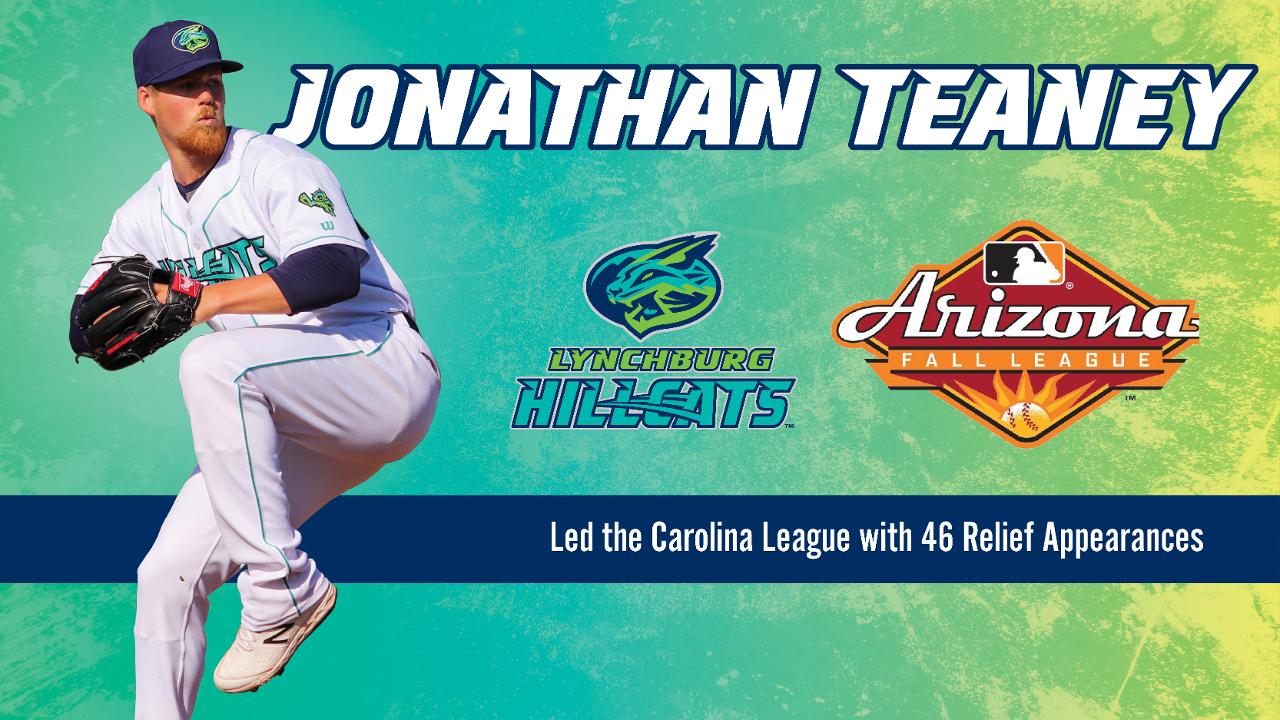 Teaney, 23, had a breakout season in 2019. He appeared in 46 games, leading the Carolina League in that category among relief pitchers. The Lancaster, Calif. native went 3-2 with a career-best 2.77 ERA across a career-high 55.1 innings. After posting an ERA of 5.79 in April, Teaney allowed only 11 earned runs in 46 innings the rest of the season, good for a 2.15 ERA. He was selected by Cleveland in the 20th Round of the 2017 MLB Draft out of the University of San Diego.